Sreejith is a Paratrooper rider from Kerala, the southern state of India. He is a former animator turned Crossfit trainer and adventure travel enthusiast. He’s been kind enough to provide us with a guest post about his experiences with his Paratrooper and bikepacking through Nilgiris. 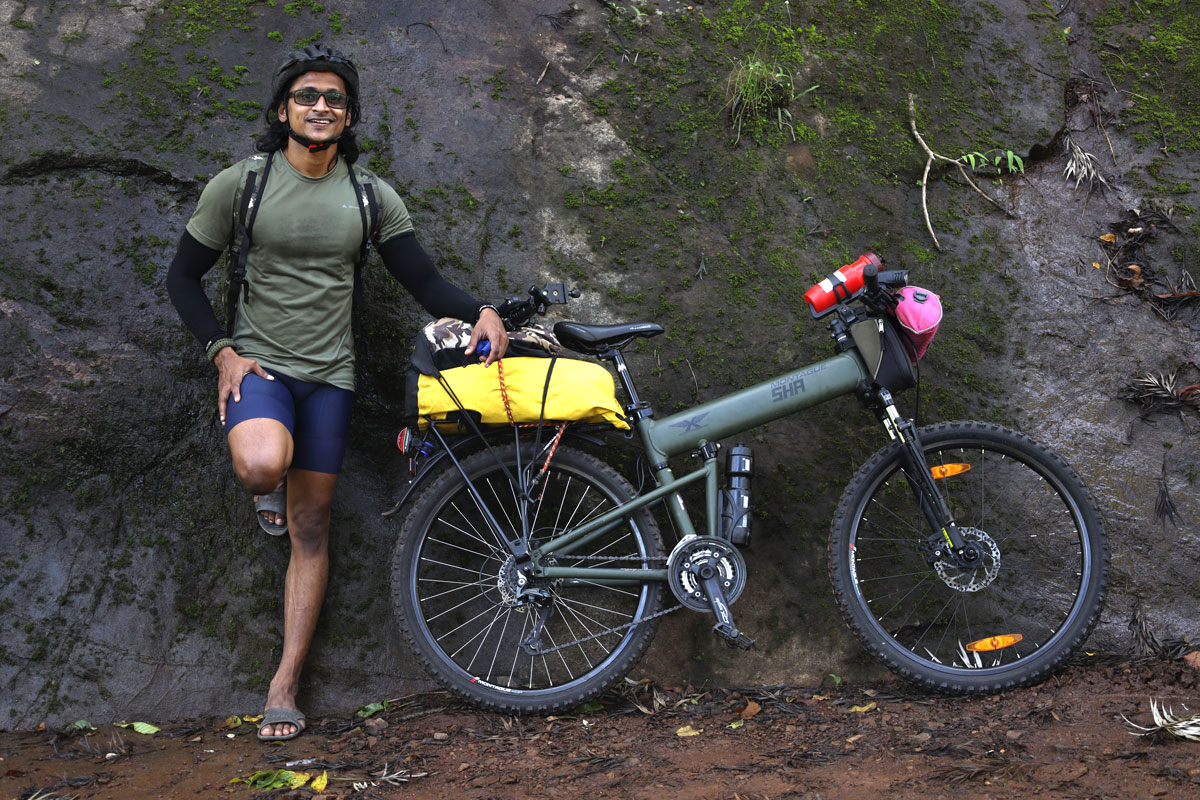 The story about my Paratrooper is a bit long, but I have to tell you this. I had a simple 6 speed MTB years ago, and whenever I had time I searched the internet about cycling, where I eventually discovered Montague. I fell in love with the Paratrooper at first sight because of its unique design, the way it is built, and the fact that it’s ready for any terrain. The most attractive part was its unique folding system, and I was thrilled to see military personnel jumping out of aircraft with this bike.

Owning one would be just a dream for now. I became more involved in fitness and cycling, and joined the local cycling community called The Calicut Pedalers. I upgraded to another mountain bike, and when others preferred road cycling or riding for fitness, I loved to go solo bikepacking. Every year when the monsoon came I packed my bike and headed towards the mountains, but I was still dreaming of a Paratrooper.

I would host bicycle tourists from around the world through the site Warmshowers (before the pandemic), and had the chance to meet many incredible people from countries like France, England, Australia, Denmark, Turkey, Iran, Russia and Spain. Last year, with the help of a senior rider in our club, Mr. Abraham, a few of my friends started a bike service center in my town, called the Cafe Werkstatt. Mr. Abraham has an association with the Montague distributor in India, Happy Earth Enterprises, and somehow he got a few Paratrooper bikes from them. I didn’t know this bike was waiting for me until I reached Cafe Werkstatt on its opening day. The moment I saw the bike, my heart stopped beating…I couldn’t believe my eyes! I almost cried of happiness. I am not exaggerating… and Mr. Abraham, who knows my passion for cycling gave this bike to me on an EMI basis.

I always believe in this quote of Paulo Coelho , “When you want something, all the universe conspires in helping you to achieve it.” 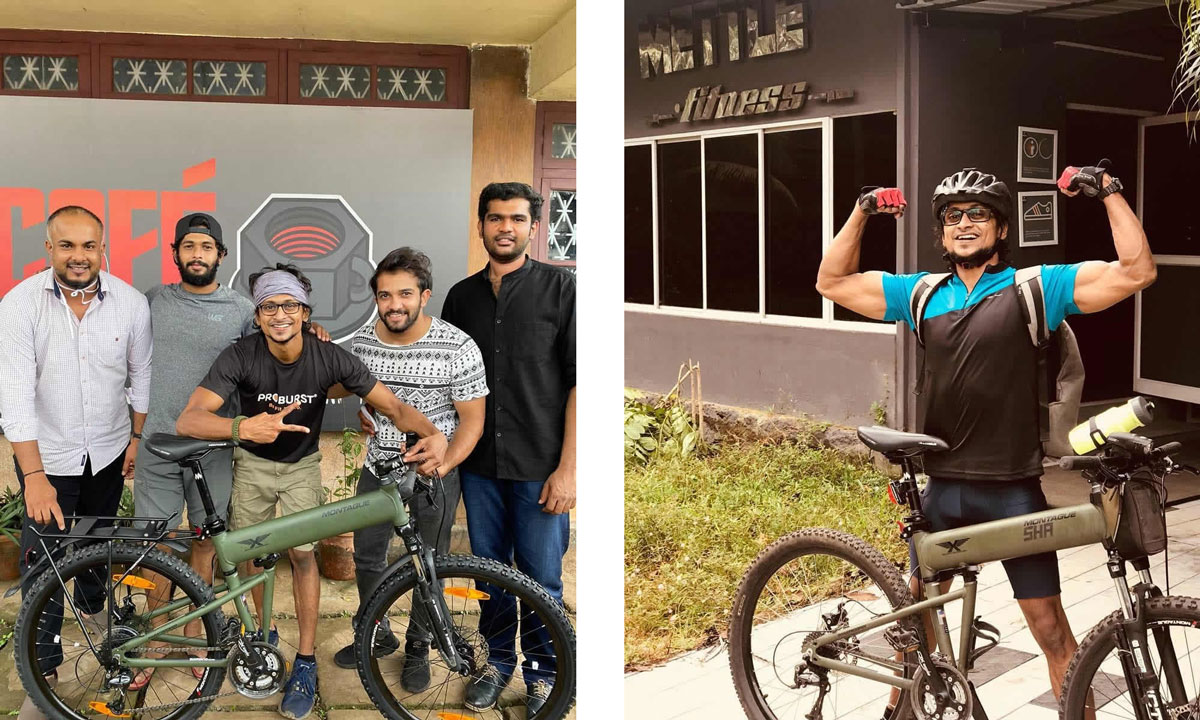 The Nilgiris district is one of the 38 districts in the southern Indian state of Tamil Nadu. Nilgiri (Blue Mountains) is the name given to a range of mountains spread across the borders among the states of Tamil Nadu, Karnataka and Kerala. The Nilgiri Hills are part of a larger mountain chain known as the Western Ghats. This region of the state is famous for its scenic beauty.

Me and my friend Mr. Raees decided to go for a three day bikepacking trip through this route and chose the monsoon season because it turns nature into absolute beauty with rain, mist and lush green mountain views. I was also very eager to try this route on my Paratrooper, which I’ve named SHA. Raees rides another beast – The Big Dummy from Surly. 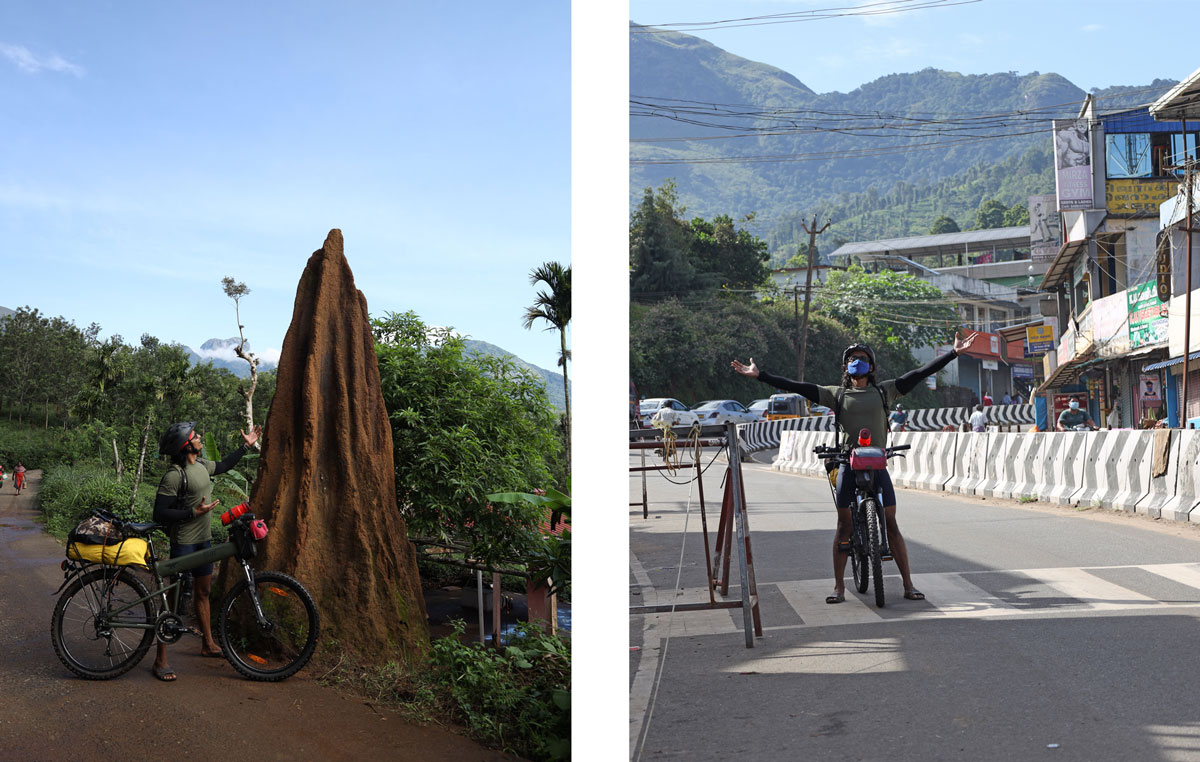 I had a minimal set up, with a 20 liter dry bag for my sleeping bag and hammock, and a second bag for my cooking stuff. The rear rack held both these bags with one bungee without any problems throughout the trip. In the front, a small handlebar bag is used for my essentials like wallet and mobile phone, and on the stem there is an extra water bottle holder for easy access. I mounted one more bag around the head tube of the bike which sits just below the handlebar to carry my repair kit, extra tube and multi tool. It is intended as a top tube bag on standard bike frames, but because of the broad top tube on the Paratrooper, I placed it in the front instead. It was a perfect fit. The right side of the fork holds a mini pump, and I carried a small camo backpack for my clothes and any miscellaneous items.

We actually carried our bikes by car until the Kerala border, and thanks to Montague’s unique folding system, it was easily placed inside the vehicle without any hassle. The first day we rode around 70 kms through the Ghats until Gudalur, and the hills welcomed us with thick fog. It was a heavenly experience to see Nilgiris’ lush green tea plantations, which were once planted by the British. We stopped near a valley, had lunch and continued our ride until evening.

The second day we tried a new route to a mountain called Chandanamalai. We chose less traveled routes to meet the local people and experience their culture, and they welcomed us with excitement. The whole ride was a mix of small roads, muddy trails, steep climbs and downhills. I had a lot of fun on the saddle that day! The grip of the tyres was good enough for any kind of slippery and loose terrain. Braking was perfect and I never felt I was riding a folding bike. The control and stability was awesome. It’s a real beast — no doubt. 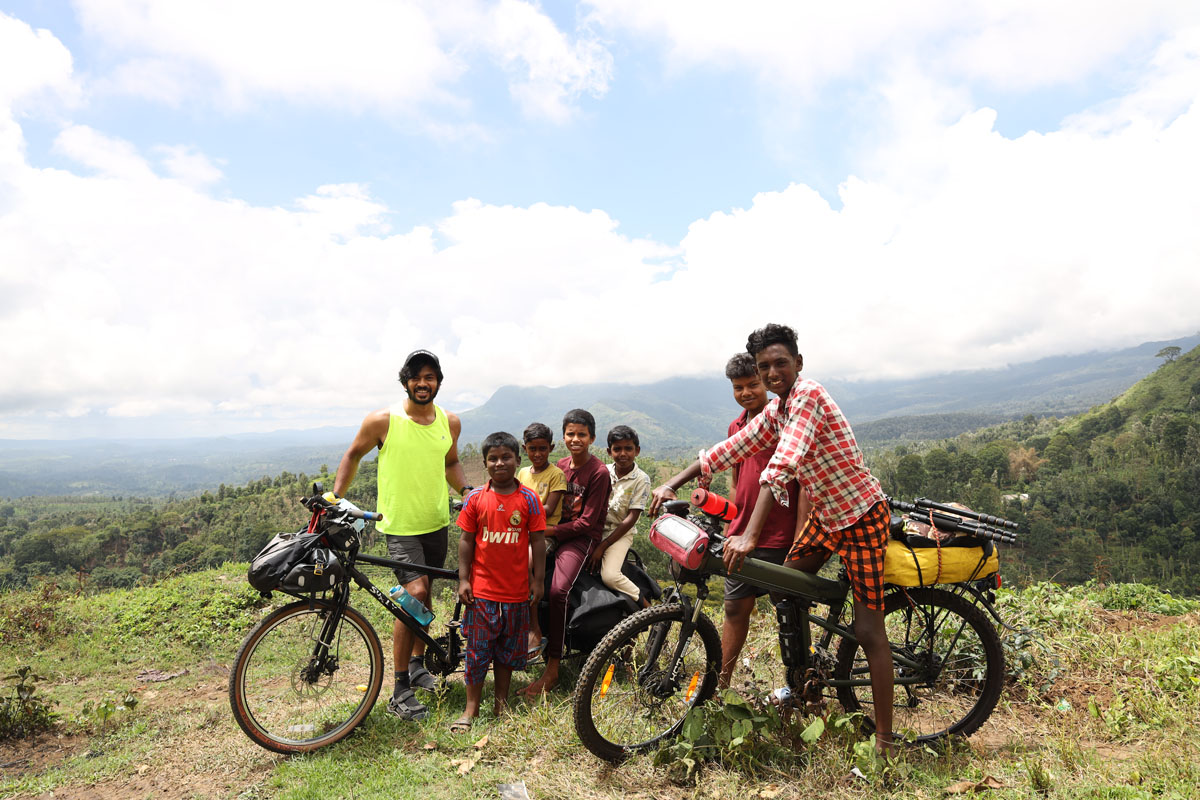 The third and final day of our trip back home was the longest, and it was raining when we started the ride. The 30 km drop through the Nadugani hairpin was just amazing, and we couldn’t resist stopping here and there to capture video. The roads were empty because of the pandemic and the travel restrictions to Tamilnadu, so I felt like the roads were built only for us to enjoy.

We stopped to make coffee under a big rock beside the road. That’s the beauty of bikepacking — you stop wherever you want and enjoy everything, make coffee or lunch, meet people and share smiles, and enjoy Mother Nature up close. After the Nadugani hairpins we entered Kerala, and through Nilambur, Mancheri. We finally reached home after a long 125 kms of riding. It was one of the best bikepacking experiences we’ve ever had.

A few modifications I would love to have on my bike for bikepacking are — a 34 tooth cassette in the rear for climbs, and suspension fork panniers for holding a few things in the front. I am also planning to stitch a custom frame bag that would hang in the space underneath the top tube. That would allow heavier things to be stored there for better center of gravity and control.

Next month I will be moving to Qatar to work there as a fitness club manager. There is no question of leaving my bike here in my hometown. I am going to take him with me. I would like to travel to many parts of the world on my bike, and make my life rich with memories…