Montague Corporation, headquartered in Cambridge, Massachusetts, is a company devoted to the design and production of bicycles that incorporates Folding Integrated Technology (F.I.T.), a revolutionary system deemed to be one of the next-generation trends in the bicycle industry. 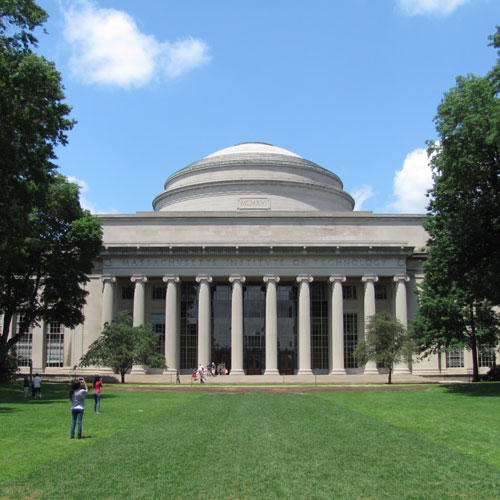 In 1987 David Montague, while in graduate school at the Massachusetts Institute of Technology, formed the Montague Corporation – a company focused on designing and producing full-size, high-performance bicycles that fold — bicycles that sacrifice nothing in performance and still provide the folding benefit for space saving convenience.

The first bicycle designed by Montague was dubbed the “BiFrame” for its patented Concentrus system, which unites the two parts of the frame with concentric seat tubes, one nested inside the other. Since then, Montague Corporation has never hit the brakes, winning numerous awards along the way, including Popular Mechanic’s Design & Engineering Award.

In 1996, the BMW/Montague Mountain bike was chosen as the Official Mountain Bike of the Summer Olympic Games in Atlanta. These bikes were featured in the closing ceremonies of the 1996 Olympics and used by athletes for transportation to and from the Olympic venues. Montague bicycles are also distributed through high-end consumer catalogs such as Sharper Image, Neiman Marcus, Hammacher Schlemmer and National Geographic. 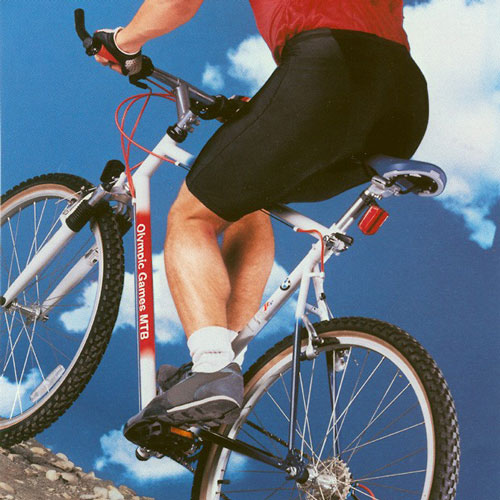 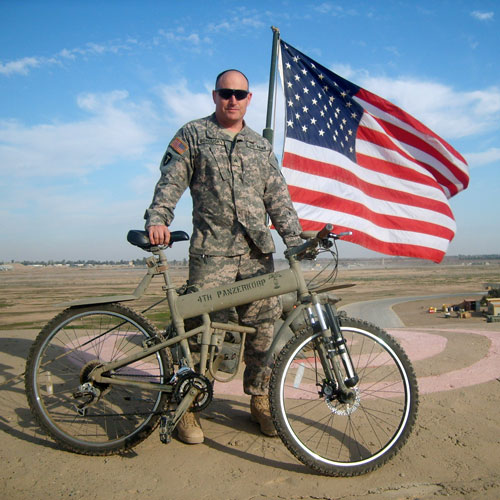 In 1997, Montague won a two-year grant from the Defense Advanced Research Projects Agency (DARPA), who recognized the importance of the folding technology, to work with the United States Marines in developing the Tactical Electric No Signature (TENS) Mountain bike.

For this project Montague developed a new folding design, enabling the bike to fold faster for Paratrooper exit from military aircraft while also increasing its load bearing capacity. This gave rise to the Paratrooper, Montague’s non-electric Military Mountain Bike. 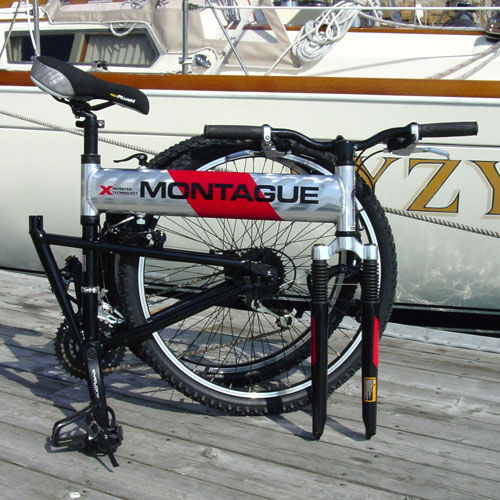 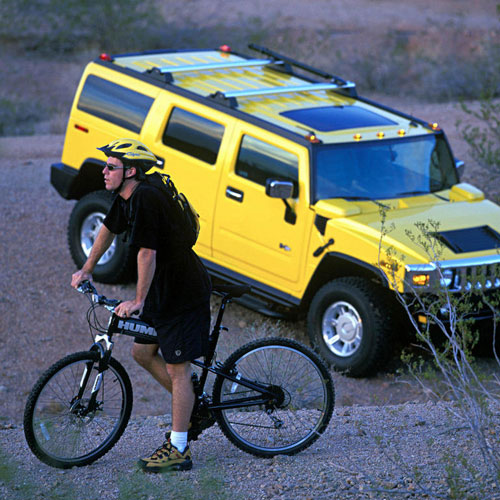 In 2002 Montague partnered with General Motors to design and manufacture the HUMMER Tactical Mountain Bike, a version of the Montague’s popular military bike that folds to fit in the back of the Hummer H2. This partnership demonstrates how Montague is spearheading a new and innovative approach.

In 2007 Montague released a new line of rugged mountain bikes based on the X-Series platform. SwissBikes feature more aggressive rider positioning and focus on performance mountain biking. The SwissBike XO is the lightest, most technologically advanced bike in Montague’s lineup. The SwissBikes are a great compliment to the already diverse Montague lineup. 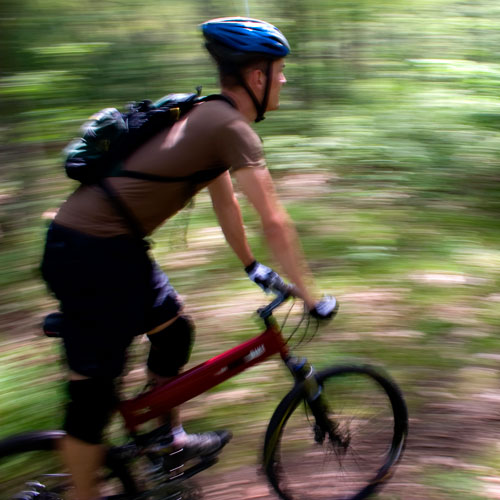 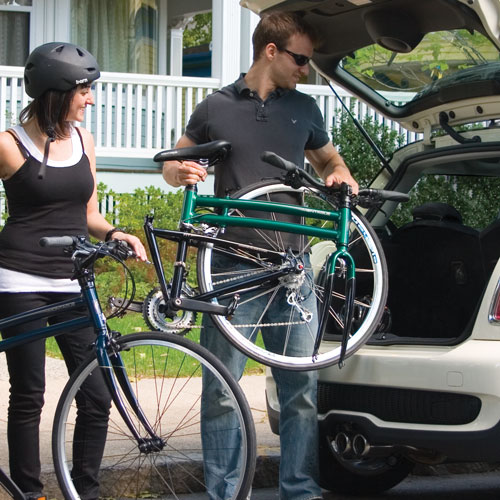 In 2010 Montague debuts a new frame design and with it, an entirely new line of full size, 700c folding bikes. These bikes are designed for pavement oriented riders. The new frame design features more elegant lines and a redesigned folding mechanism that allows for a faster, easier fold. With the addition of these models, Montague is able to offer a bike for every style of riding.

In 2011 Montague released the Octagon steering system as an after-market component. Already a popular component on some of their road bikes and responding to consumer demand, Montague made Octagon available through local bike shops. Octagon allows the rider to adjust their handlebar height by up to four inches using the already familiar quick release system. More information is available at octagoncycles.com. 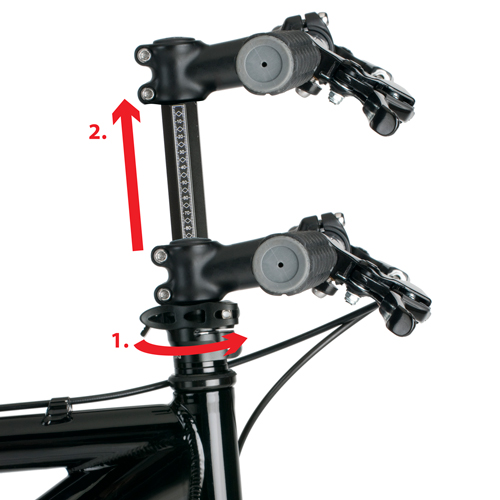 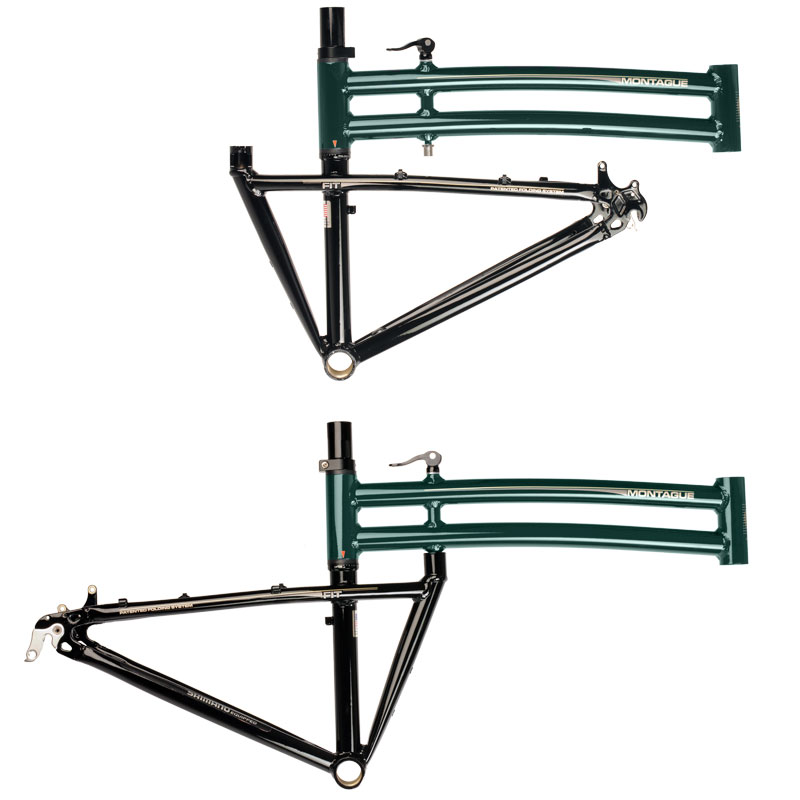 In 2013 Montague debuts the Custom line of framesets, making their award winning folding bike frame available individually for the first time. Riders can now build a Montague from the frame up with their components of choice, and Road, Single Speed, and Mountain frames are made available to accommodate custom builds for any riding style.

In 2015 Montague launched the first official Park&Pedal program in the US in conjunction with the Massachusetts Department of Conservation and Recreation, and the Department of Transportation. The program encourages would be car commuters to park outside the city and bike the rest of their way to their destination by providing free parking on commuting routes and near bike paths. 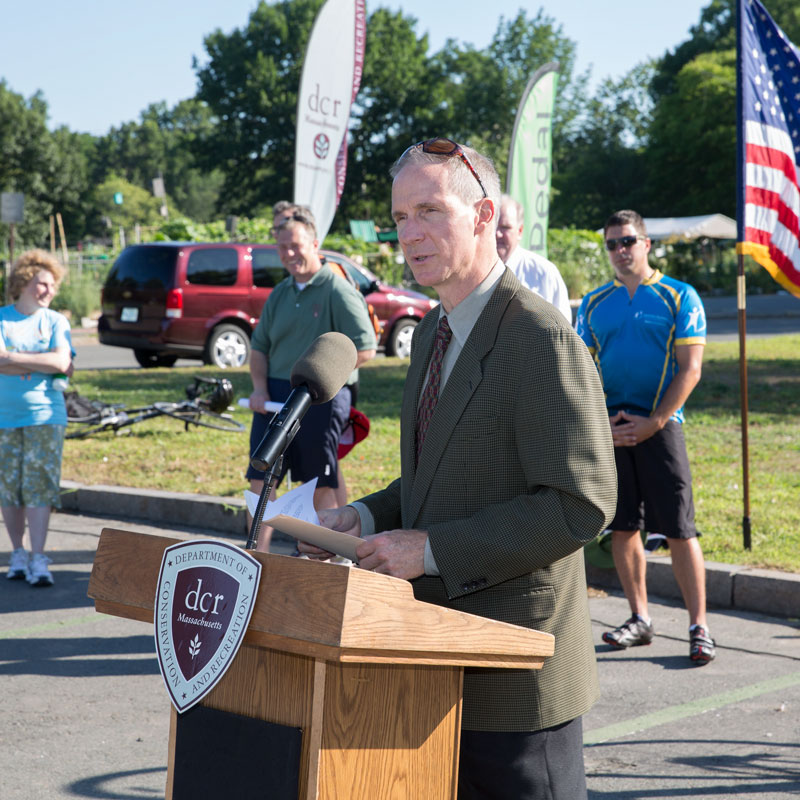 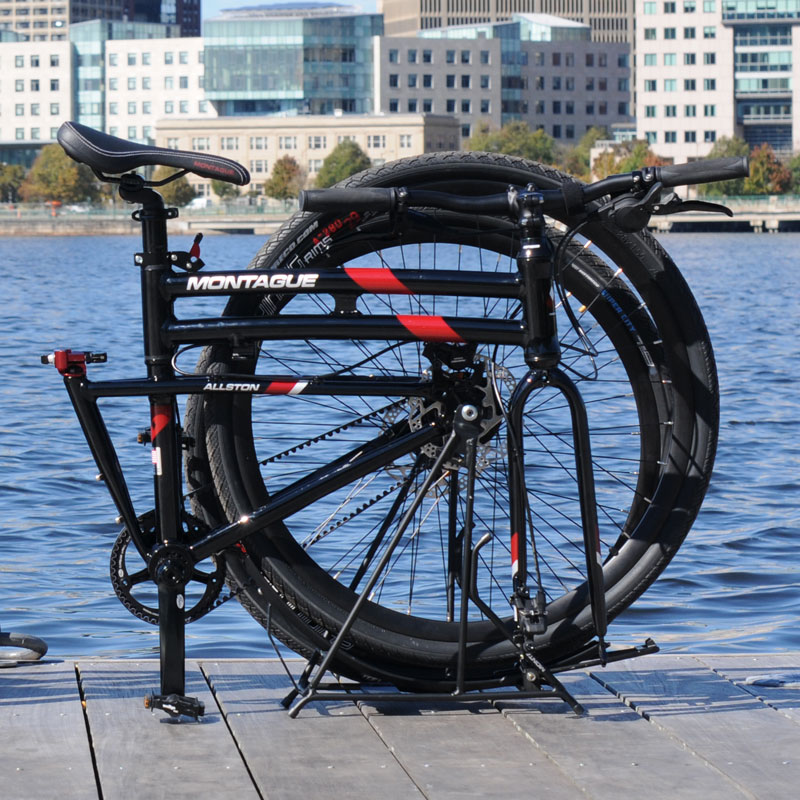 In 2017 Montague released the Rackstand as an after-market component. Already a popular component on some of their bikes and responding to consumer demand, Montague made Rackstand compatible with non Montague Bikes. It is being distributed by Quality Bicycle Products and available through local bike shops. The Rackstand allows the rider to use the rack as a luggage carrier, mudguard, kickstand and work stand. More information is available at rackstandcycles.com 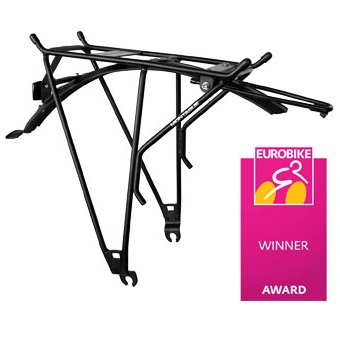