There are a wide variety of wheel sizes available on bicycles today, and if you explore folding bikes, recumbents, and other specialty bikes you’ll discover even more. Why are there so many options? Why are there so many names for the same sizes? How do you know what’s best for your style of riding? It can seem like a daunting topic but we’re here to explain everything there is to know about bicycle wheel sizes. 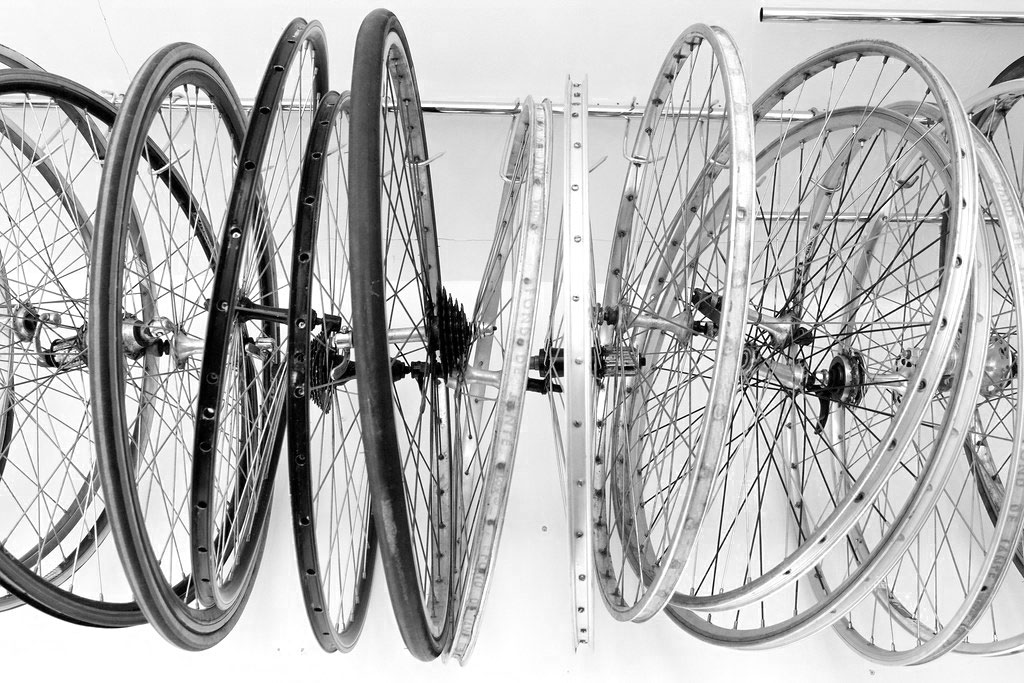 While they are most commonly found on children’s bicycles, 16″ wheels are generally the smallest bicycle wheels you’ll see on adult bikes. They are used on some adult folding bicycles in order to offer a compact folded size, but they sacrifice ride quality as a result. While they are perfect for the young ones just learning to stay upright, 16″ wheels don’t fare well over bumps or rough roads. The smaller the wheel, the more it will be affected by even small debris and rocks, and potholes can swallow a 16″ wheel whole.

The handling and feeling of riding a bike with 16″ wheels will be considerably different than the full-size adult bike you’re used to. The turning radius and wheel base is smaller, which can result in overly sensitive steering. Smaller wheels also require larger gear ratios to get them turning fast enough to keep up with other bikes. This makes hill climbs considerably more difficult.

20″ wheels are the standard for BMX bikes, and the most common size for “small wheel” folding bikes. They’re chosen by BMX riders for their maneuverability, making flatland and aerial tricks easier, but for the normal rider they still have many of the small wheel drawbacks mentioned above. While marginally better than 16″, the 20″ wheel will still be affected by rocks and obstacles more than larger standard wheel sizes. Smaller wheels also require unique frame geometry and an extra long handlebar stem in order to provide a normal upright position for the rider. This can further exacerbate the handling issues and allow for unwanted flex in the steering column and frame.

ISO 451 – It should also be mentioned that a slightly larger wheel size exists that is also normally referred to as 20″. That is the ISO 451 rim. This size is used on some racing BMX bikes and a handful of classic British shopping bikes. ISO 451 wheels are quite rare on modern bikes so most often you can assume that a 20″ wheel is ISO 406.

A fairly uncommon size, 24″ wheels are most often found on junior mountain bikes, and a handful of BMX “cruiser” models made for larger riders looking for the same geometry and maneuverability of their 20″ counterparts. With more emphasis than ever on youth racing, and an increase in high end specifications for kids mountain bikes, the 24″ junior mountain bike category is growing.

26″ wheels have a long history in the bike industry. What started as the standard for American made cruisers almost 100 years ago, later became the most popular mountain bike wheel size and remained on top for decades. When the world’s first mountain bikes were being fabricated by pioneers like Joe Breeze, Charlie Kelly, and Gary Fisher, old 26″ cruiser wheels were the only bicycle wheels around that had wide enough tires for the demands of the off-road. As the standard for mountain bikes, this size is used on many high performance folding bikes, including Montague’s Paratrooper line.

As with most bike wheel naming conventions, the term ’26 inch’ does not refer to the diameter of the wheel itself, but rather the approximate outside diameter of the tire that fits this wheel size. The actual ISO diameter of a traditional 26″ wheel is 559 millimeters. 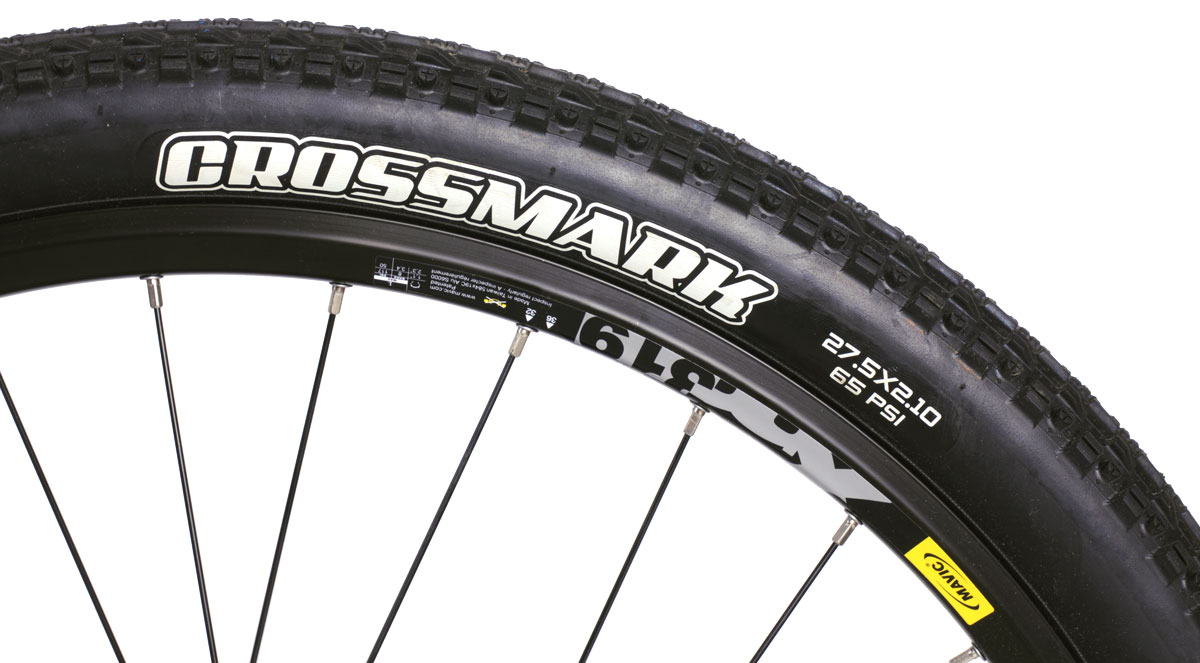 One thing that makes bicycle wheel sizes notoriously confusing is the use of different names for the same size. Wheels with an ISO diameter of 584 mm were originally known as 650b, and were first introduced on French touring bikes in the 1960s. Being slightly smaller than modern road bike wheels, their use persisted on small and extra-small road frames that couldn’t accommodate a 700c wheel. The size is still referred to as 650b when used on road or gravel bikes, but it has also been adopted and renamed by the mountain bike industry.

In recent years, mountain bikes have been moving toward larger wheels, and when 650b was re-purposed for off-road it became known as 27.5″. When compared to the 26″ wheels that dominated the MTB world, 27.5″ wheels have a variety of advantages, including the ability to roll over obstacles more easily, a larger contact patch for more traction, and more rotational inertia to maintain momentum. The Montague Paratrooper Highline and Paratrooper Elite both use 27.5″ wheels, and are the first folding bikes in the world to do so. 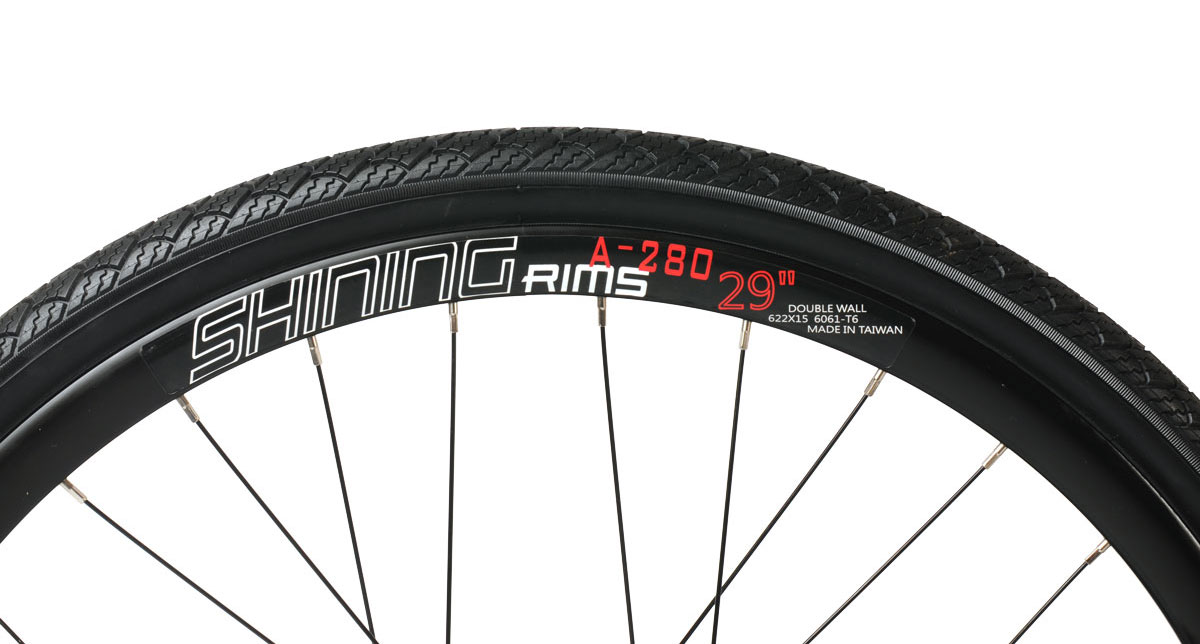 Here we have two more common wheel sizes that are in fact, exactly the same! The standard modern road bike wheel has an ISO diameter of 622 mm and is referred to as 700c (makes sense, right? /s). The history of that name would need a whole other blog post to fully explain, but the short version is that it came from international tire sizes where the outside diameter would be approximately 700mm, and multiple rim sizes would be labeled 700a, 700b, 700c, etc. The others died out but the 622 mm rim became the most common for narrow road tires, and almost every adult bike in the world made for use on pavement comes equipped with 700c wheels, including Montague’s line of Pavement folding bikes. Using this full-size wheel offers superior performance and ride quality to small wheel folders.

Just as the 650b wheel was adopted by mountain bikers and became 27.5″,  the 700c wheel has taken the mountain bike world by storm in recent years and become known as 29″. All the advantages of a larger wheel mentioned above are pushed to the limit on a 29″ (or 29er) mountain bike, although some riders feel the sacrifice in maneuverability and turn radius are not worth it. While the diameter for both 29″ and 700c wheels is the same at 622mm, rims made for mountain bikes are generally wider to accommodate wider tires.

The ISO 630mm size is essentially no longer in use, but is worth including due to the huge number of American road bikes from the 1970s and 80s that used these “27 inch” wheels, and are still hanging around in basements and garages all across the country. The rim itself is slightly larger than modern 700c wheels, which has been learned the hard way by many of us after buying a new road tire and struggling to get it seated. Tire makers still produce 27″ tires due to the sheer number of these wheels in circulation, so if you need a new tire for that vintage steel racer, ask your local bike shop to order one.

While extremely uncommon, custom built frames for very tall riders often use 32″ or 36″ wheels. These sizes are almost never found on production bikes, but if you’re over 6′ 6″ and looking for a bike that fits, custom built might be the only way to go. Do a quick search for “Shaq Bicycle”, and you’ll see the various bikes that NBA legend Shaquille O’Neal has had built over the years. While the wheels may look proportional to the frame, they are all monster 32″ and 36″ sizes.