Tom Simko has been a Montague rider for years, owning multiple bike models that have all been carried with him in his small kit-plane, a RANS S-7. He provides a guest post today about flying with his Paratrooper Pro! 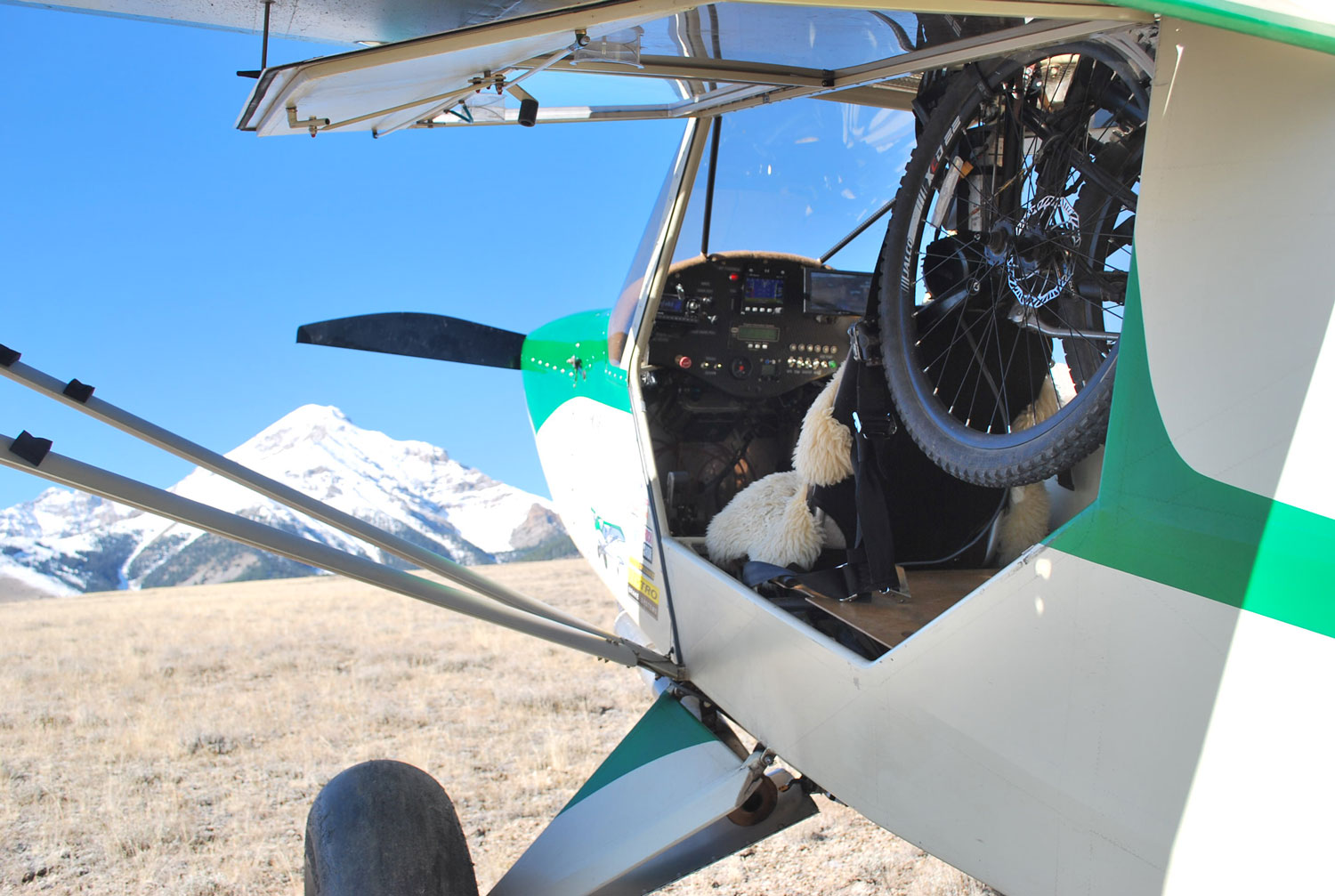 I am on my third Montague, currently a Paratrooper Pro model, and all have been carried in my small kitplanes (RANS S-7) for ground transportation AND for getting 100% of my required fuel. I don’t burn Avgas, only car gas, and this requires a way to get to the stations and a way to haul the fuel. I use a Travoy folding trailer, it compliments the Montague perfectly. I haul up to 10 gallons at a time, and have hauled thousands of gallons over the years, as I fly an average of 200 hours a year. 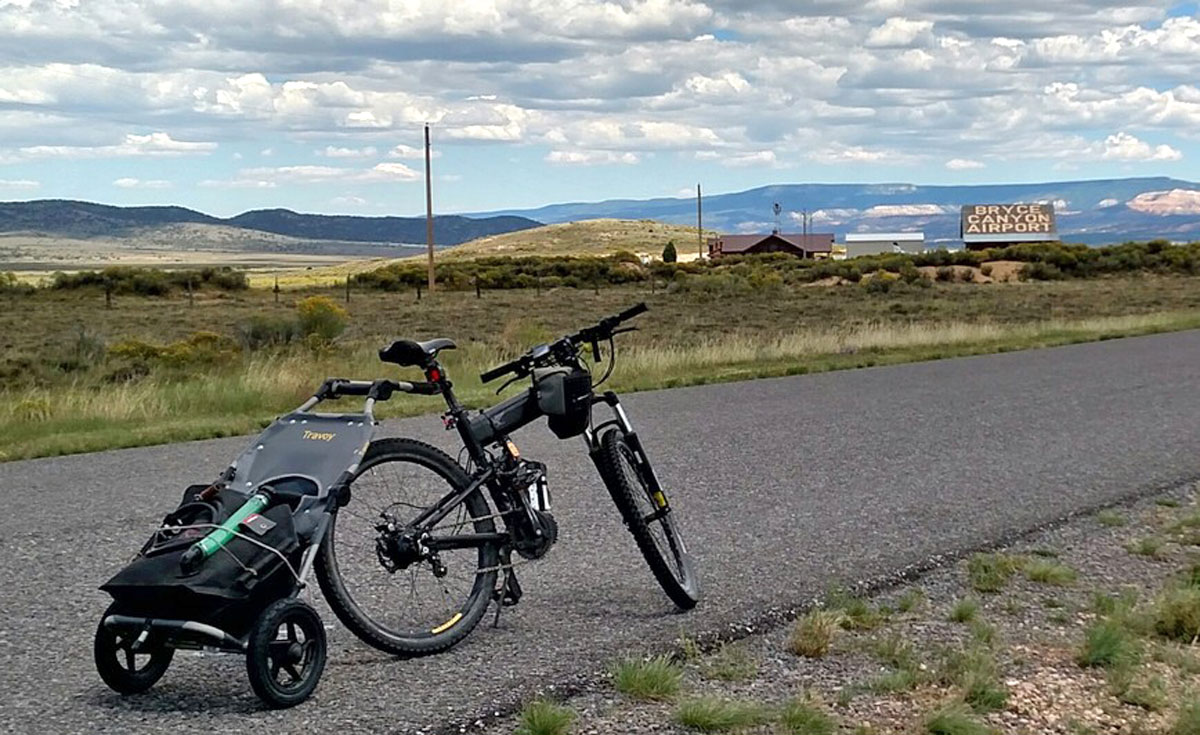 In Bryce Canyon Utah, having the bike saved me 3 dollars a gallon by being able to transport my own gas rather then buying AvGas at the airport. My plane engine doesn’t need or want the lead they STILL put in AvGas, so it’s a win/win.

2 years ago I added a Bafang BBSHD mid drive e motor kit to the Montague, it was an easy conversion and has proved very successful. I have one small battery mounted on the water bottle lugs, and a much larger one that hangs from the horizontal cross tube (removed before folding.) The small 3 amp battery gives me a 15-20 mile range, the larger battery another 35 miles or so, with moderate pedaling. I also added a Rohloff hub, another mod that was easy (though it was costly). It gives me a top speed of 38 MPH (e-assisted and pedaling) and a stump pulling low range. 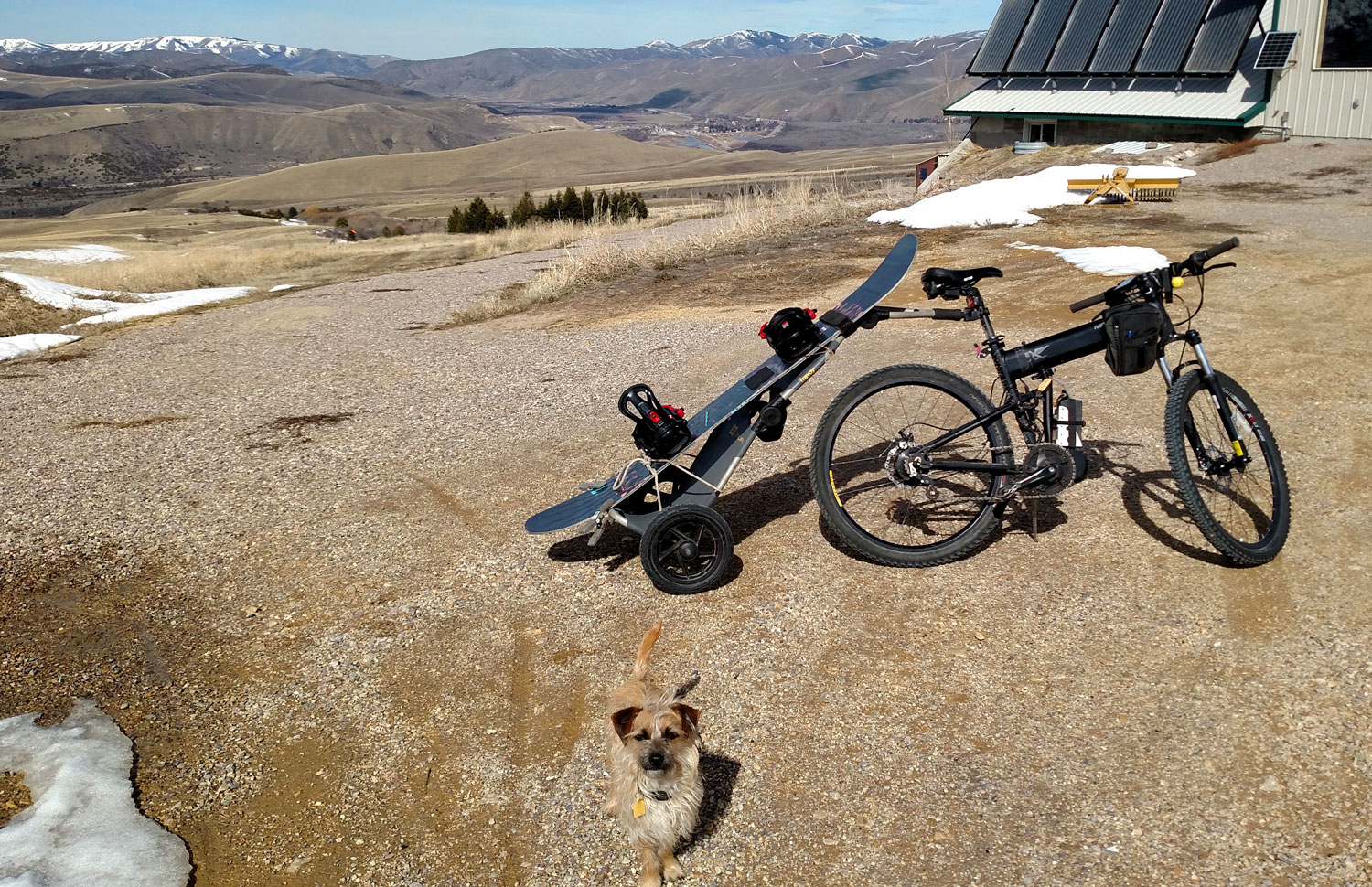 Here is my setup prior to me riding to the ski area above my place. I have been the poster boy for years now among the pilot crowd, showing what carrying a bike in the plane can do to enhance the experience. There is nothing worse then flying into some small burg in Montana, like a super hero, and then being reduced to walking alongside the road. Or, reduced to grabbing lunch out of a vending machine at the airport, though the strips I frequent don’t even HAVE vending machines.

I’ve landed in remote areas many times, NOT airstrips, but off airport. Then I’ve ridden up to over 9,000′ several times. The combination of my small plane’s off airport capabilities, combined with the e-modified Montague’s range and off-road ability, allow me to do things few if any other pilots can. It takes me less then 3 minutes after I land, to get the bike unsecured and out of the plane, and ride off. I find this simply amazing! I even carry the bike in the winter, when the plane is on skis. 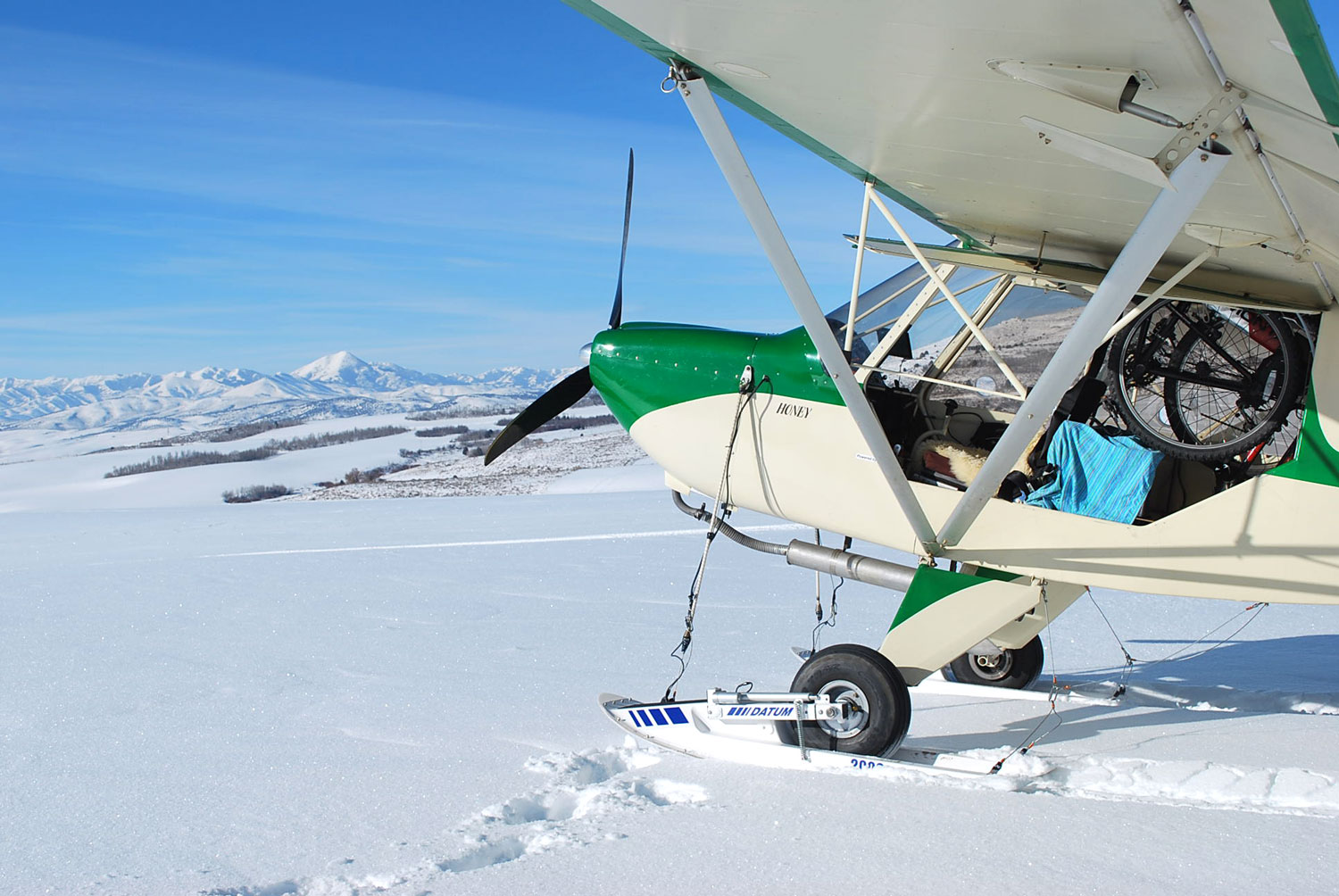 What I love about the Montague, as opposed to small wheel folders, is once you are on it and riding, it looks like a regular bike, and as such offers a degree of anonymity. Meaning, I can cruise around a small town and not feel like I’m wearing a big sign “NOT FROM AROUND HERE.” You can blend in, no one looks twice, I love that. I also have fun with it. If I start talking with someone, at a bar or restaurant for instance: “Yeah, I just flew in here. Yeah, that bike fits in my little plane, no kidding, yeah! I get all my gas with it, and beer!” Having the bike on-board means a cold beer and/or a good sit down dinner at the end of the day, versus camp food, vending machine “food”, or NO food or beer. Now, with the advent of the E power conversion, it has only gotten better.