If you were to put together a list of the greatest bands to come out of Scotland, Glasgow’s Simple Minds undoubtedly deserve a spot near the top. Formed in 1977, they’ve had five number one songs on the UK Album Charts and sold an estimated 70 million albums. American audiences would know them best from their hit single “Don’t You (Forget About Me)”, used in the seminal 1980s film, The Breakfast Club. 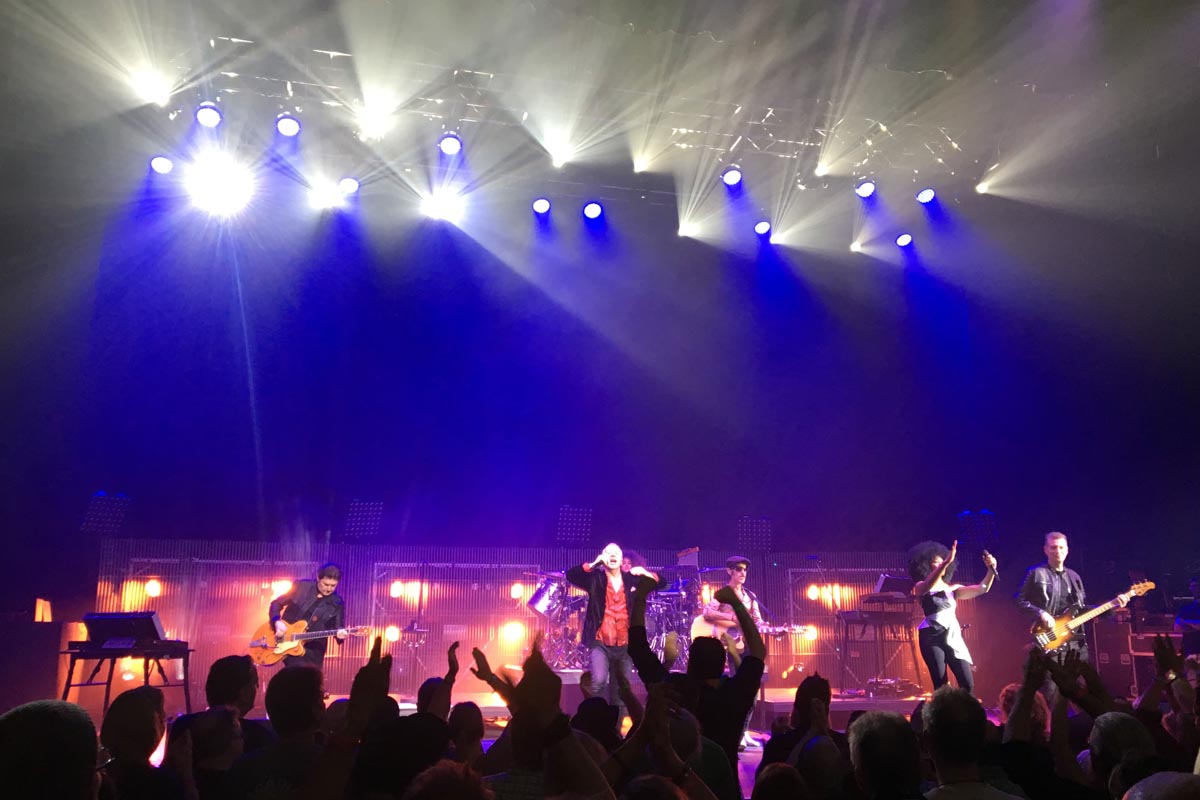 Forty years later they’re still playing to sold out crowds around the world. When they recently came to Boston we delivered a few Montague bikes to their road crew. When you’re living in tour buses and hotels for weeks or even months at a time, finding a way to get away for a bit of recreation can be a challenge. A Montague folding bike offers the freedom to explore each new city while stowing neatly in the cargo space of the tour bus. 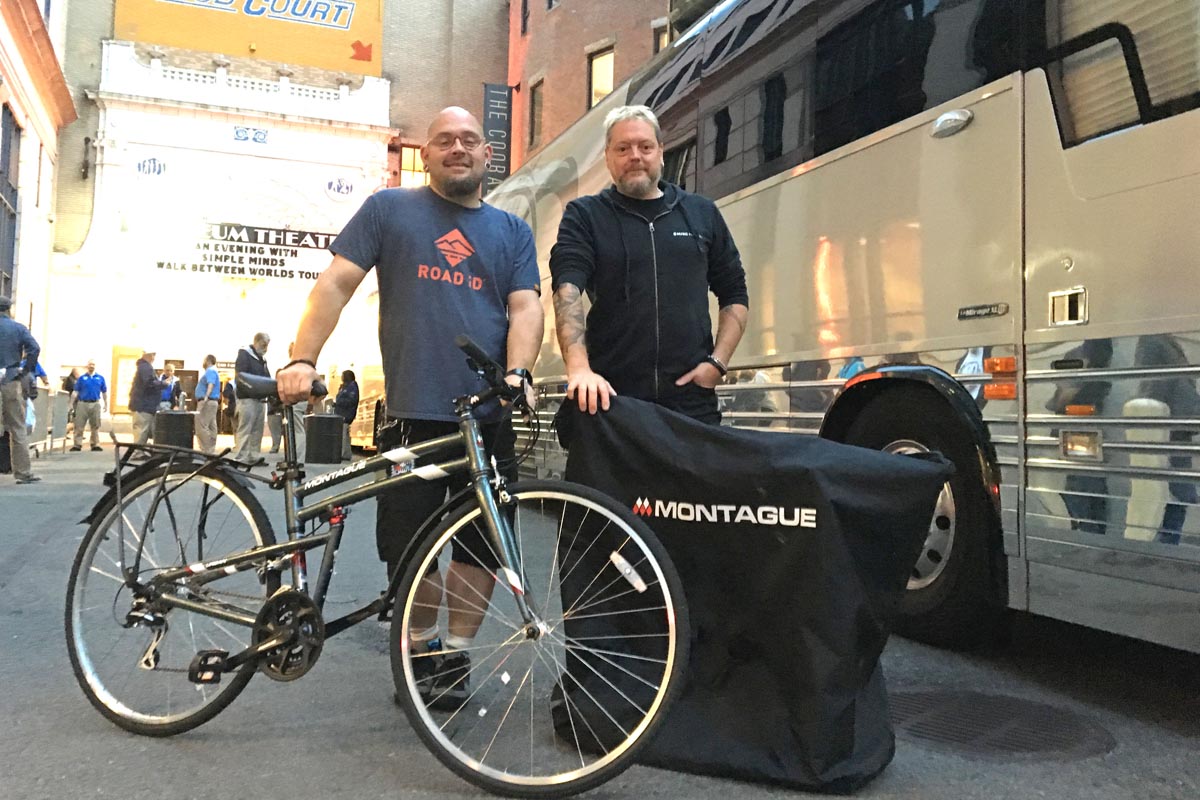 The lighting designer, guitar technician, and bass tech for Simple Minds are all big cyclists and when they learned about Montague’s high performance folding bikes, the choice was clear. When you want the ride quality of a full-size road or mountain bike and need the portability of a folding bike, they’re the only bikes that can deliver both. 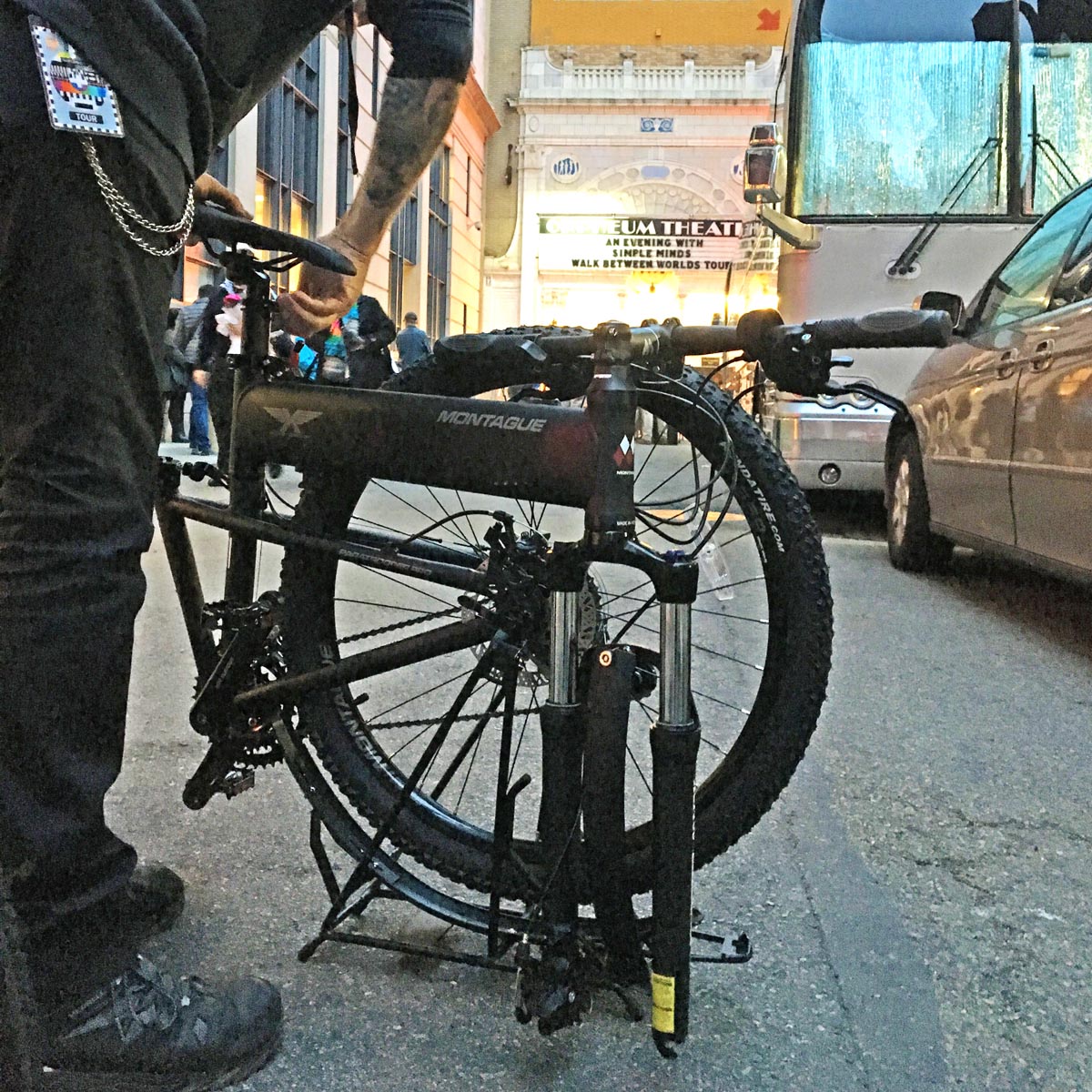 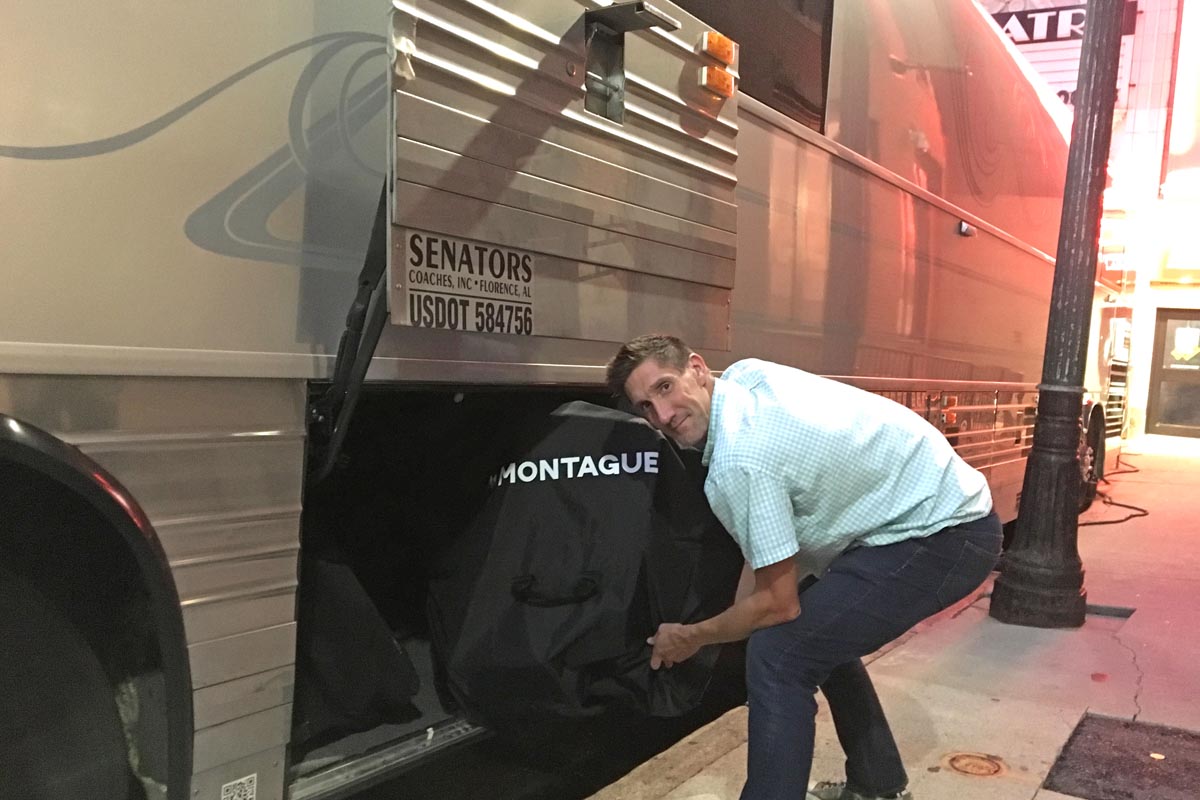 Into the tour bus it goes! With limited space for everyone’s personal luggage, a folding bike is a must. 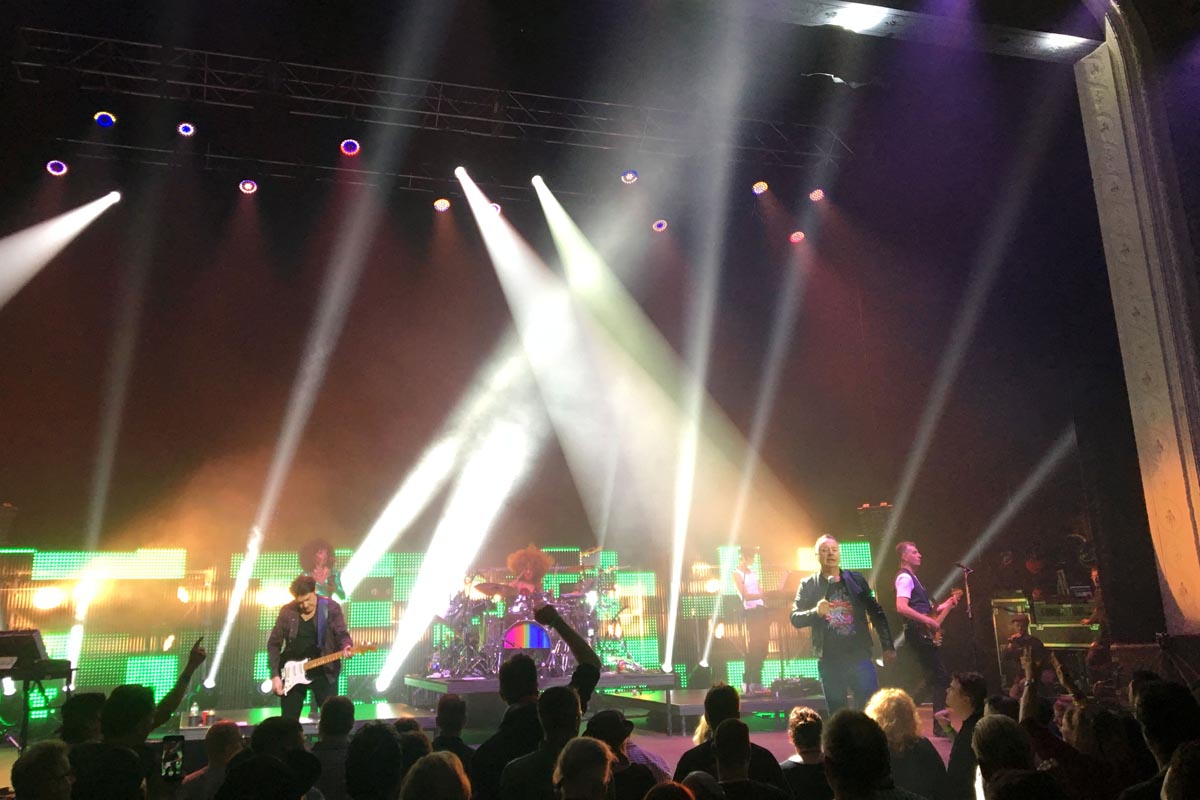 The show was fantastic, the lighting and guitar tones were perfect, and we’ll be sure to catch Simple Minds the next time they tour the US.

Do you travel with your Montague bike? How do you utilize the folding design? Let us know in the comments below and we might feature you in our next post!