Electric bicycles can be seen more and more often on the bike paths and commuting routes of cities all across the world, but they’re no stranger to mountain bike trails either. Everything from classic hard tails to full-suspension fat bikes are being equipped with electric motors. What may surprise you, is that the first electric mountain bikes were developed by Montague Bikes in the early 1990s. 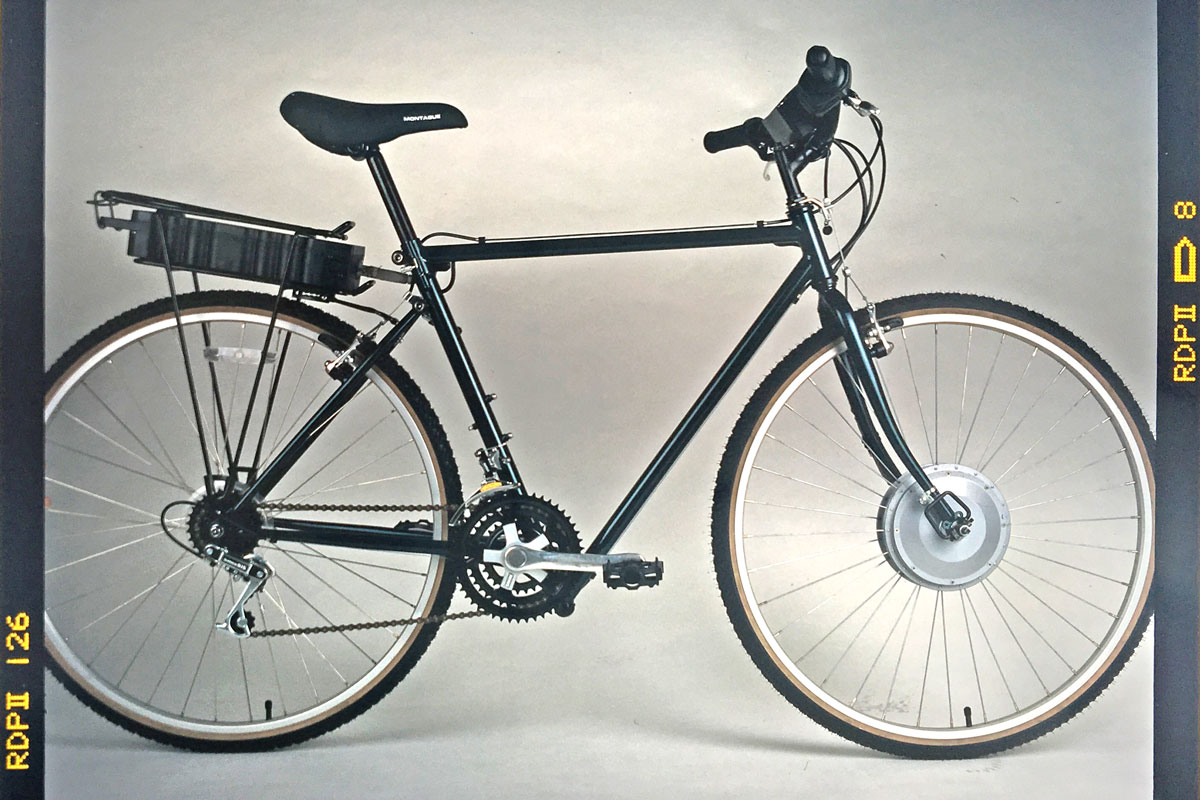 The first iterations were based on Montague’s Bi-Frame design, a traditional double diamond frame that folded around the seat tube with two quick releases. Montague worked with several car companies in the early 1990s, initially with standard full-size folding bikes that could easily fit into trunks, and later on e-bikes as car makers began research into electric vehicles. Montague worked with BMW, Mercedes Benz, and more with early versions of electric folding bikes, all with full-size wheels and standard components. These models were equipped hub motor systems developed with Heinzmann GmbH & Co in Germany.

Montague continued electric bike development under a grant from DARPA, the Defense Advanced Research Projects Agency, in 1997. As the research arm of the US Department of Defense, DARPA has funded the development of many technologies we use in our daily lives, from GPS to an early predecessor to the internet known as ARPANET. In 1997, they were seeking a way to move military troops and equipment without the heat or noise signatures of a combustion engine and due to Montague’s  experience in the field, they won the grant to develop the Tactical Electric No Signature (TENS) Mountain Bike.

Montague worked closely with Currie Technologies on their earliest electric systems to equip these military models with the best electric motor technology of the time. Currie is still making electric drive systems used on many e-bikes today.

Montague’s work under the DARPA grant also led to the development of the X-Series frame design, the next step in the evolution of their folding system. The improved frame simplified the folding process with with just one quick release and established the classic profile that has become instantly recognizable as a Montague frame. The bike above is an early prototype of the military version.

After the TENS mountain bike, Montague went on to work with several other partners in the development of electric mountain bikes that used their patented folding design, including EV Global and Wavecrest. The most well known was the Tidalforce M-750 from Wavecrest shown below. 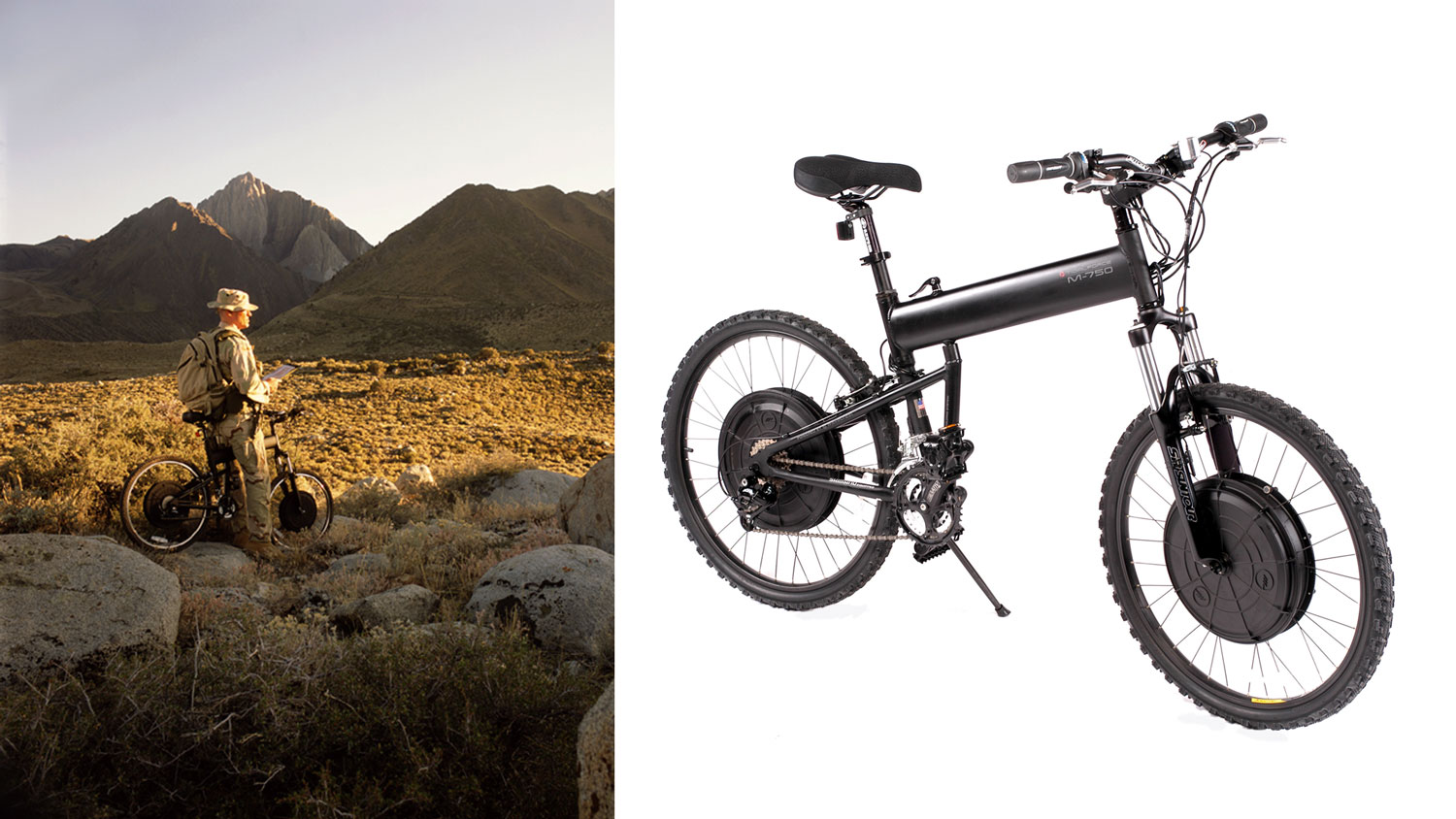 From the Bi-Frame to the Tactical Electric No Signature mountain bike, Montague has been on the cutting edge of electric bike technology from its humble beginnings. With the improvements in battery and motor technology in recent years, it’s time for a new generation of electric Montague folding bikes to enter the market. Stay tuned…