Interbike is North America’s largest bicycle trade show which takes place in Las Vegas Nevada each year in September. Montague was there exhibiting their latest folding bikes and showing off the upcoming aftermarket version of the RackStand. 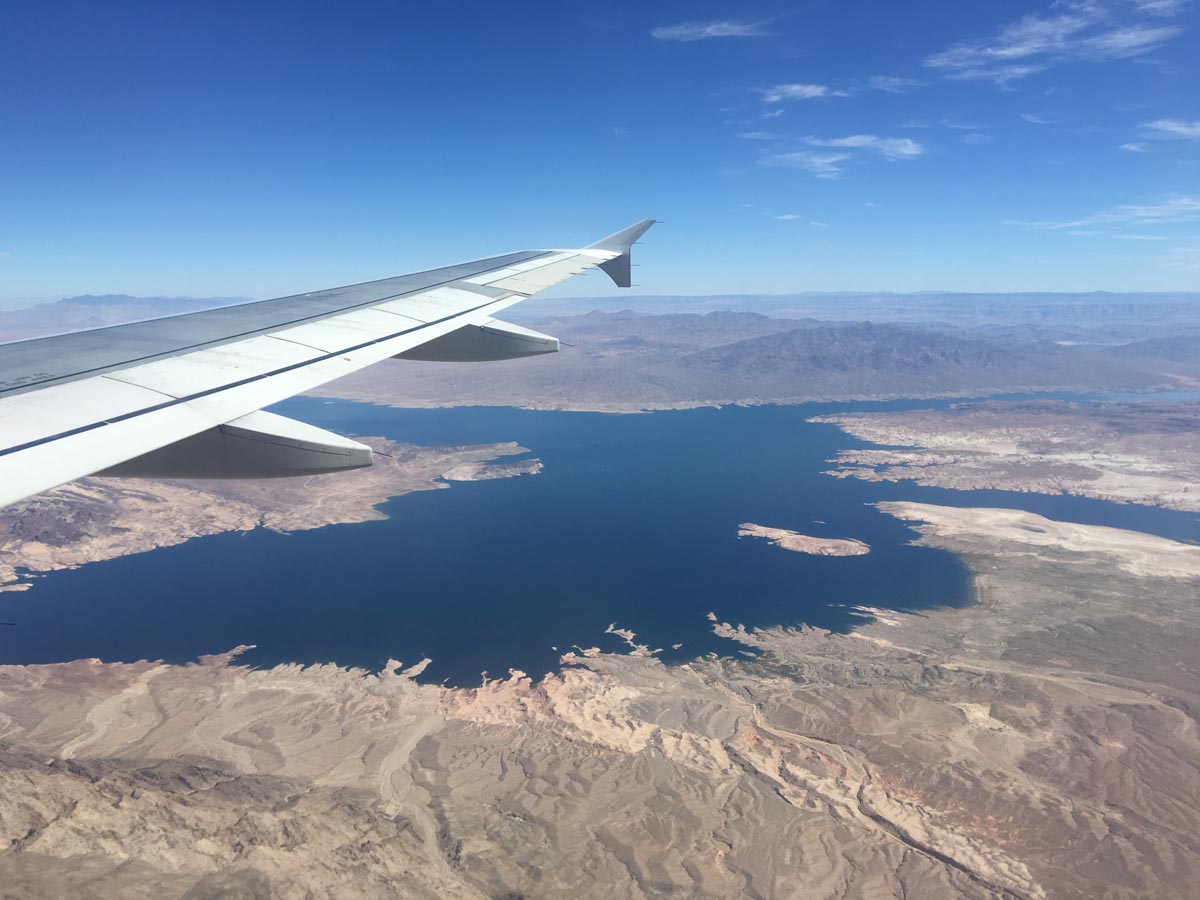 Flying into Las Vegas is always interesting as you pass over the mountains of Colorado, the deserts of the southwest, and usually get a nice view of Lake Mead and the Hoover dam.

The empty hall before the crowds of bike shop owners, distributors, and press descend upon the Mandalay Bay convention center. 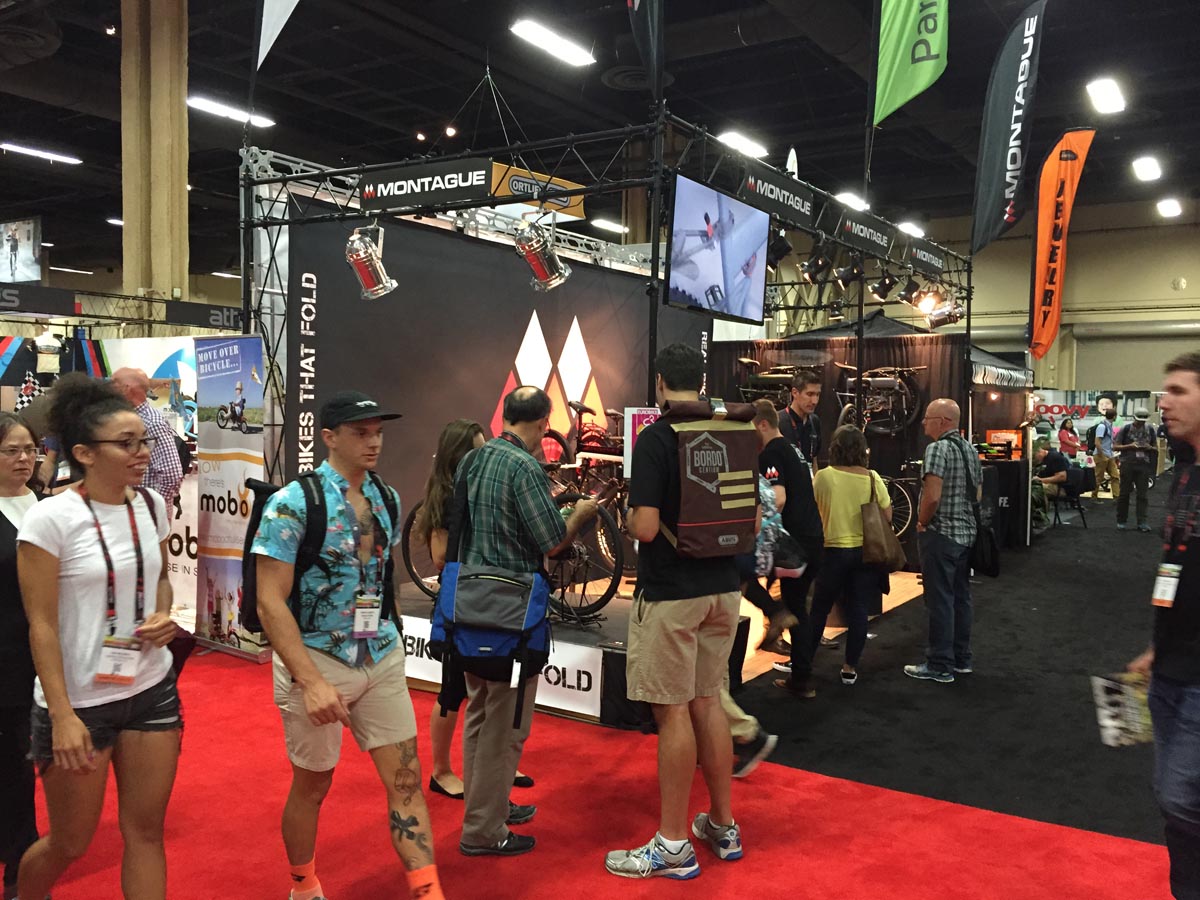 Come one, come all, and see the amazing Montague folding bike! 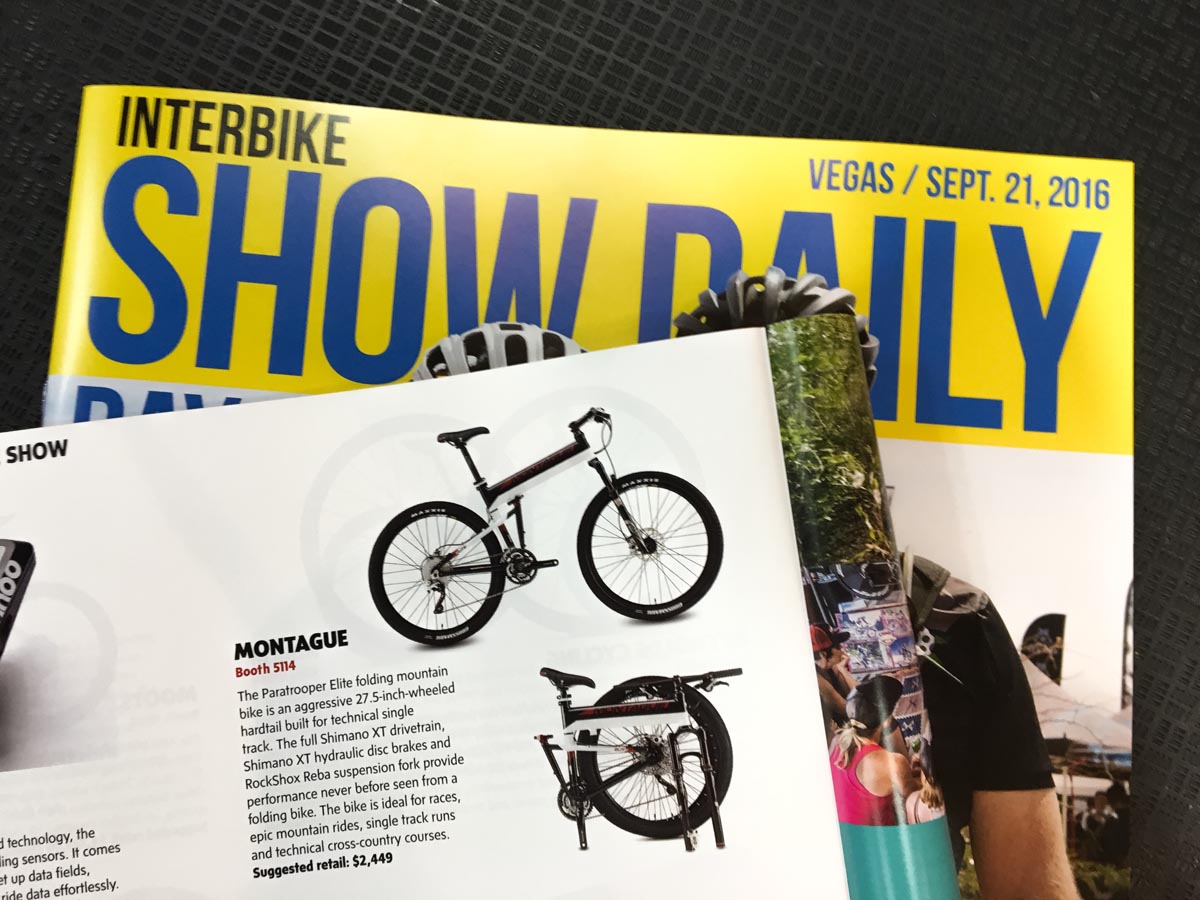 Montague was featured in the Show Daily twice! The Show Daily is a special publication from Bicycle Retailer and Industry News that’s distributed to the thousands of visitors to Interbike and online. It highlights the most exiting new products and trends in the industry. 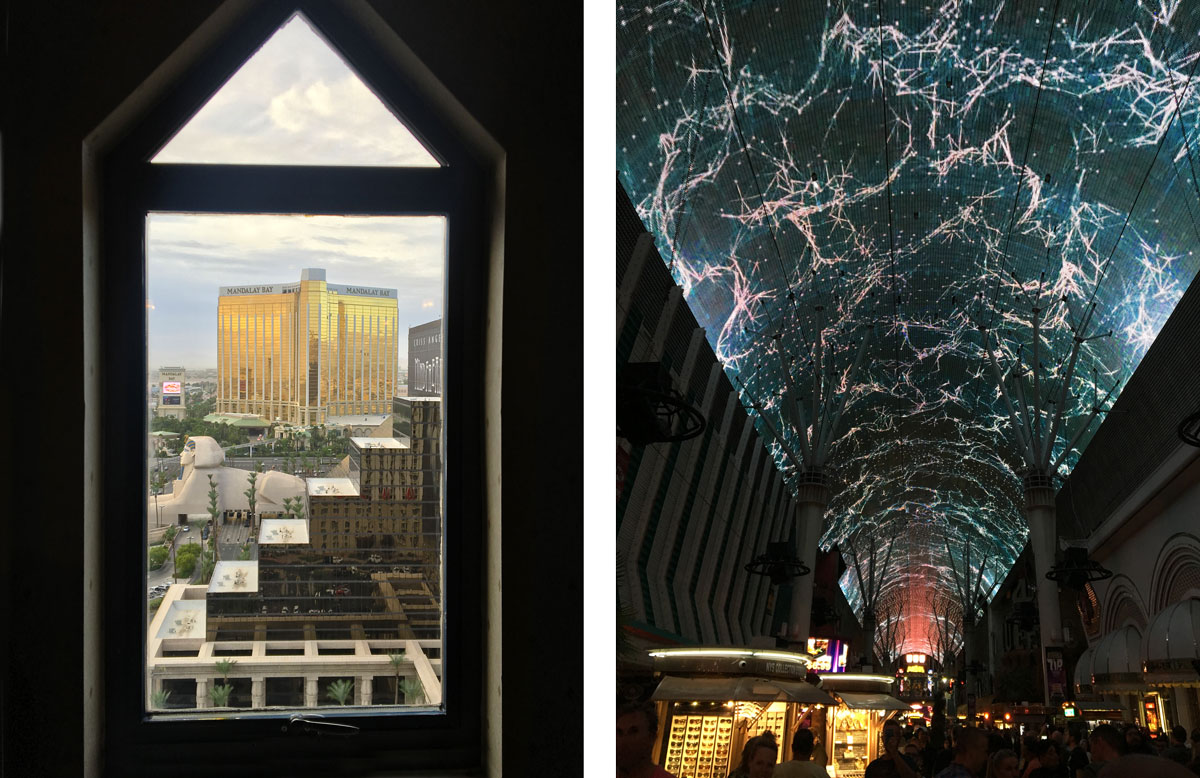 On the left: Mandalay Bay, the site of Interbike 2016. On the right: Freemont Street in “old Las Vegas” with the world’s largest projection screen for light shows. 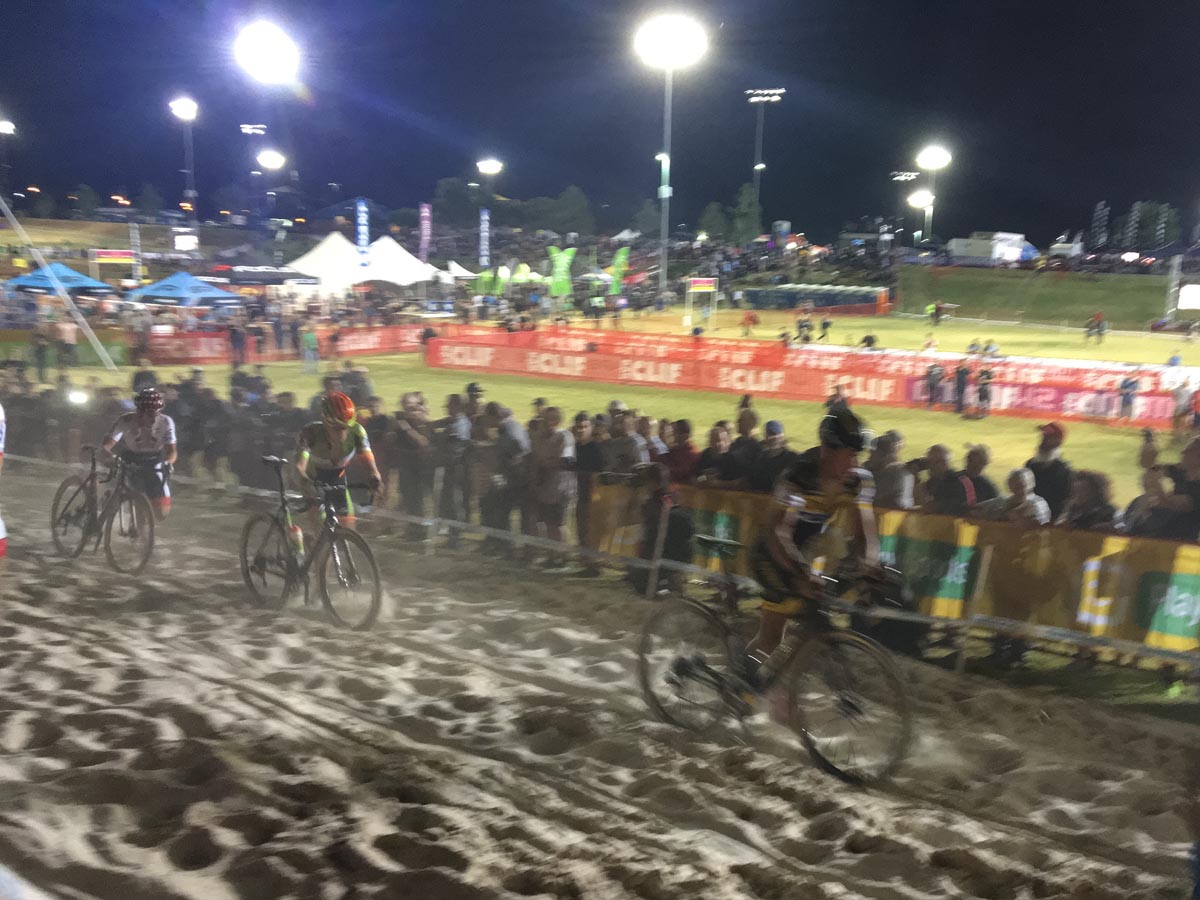 CrossVegas, the first race of the UCI World Cup cyclocross season takes place in Las Vegas during Interbike as well. We headed there after day 1 of the show to see the Women and Men’s Elite races. 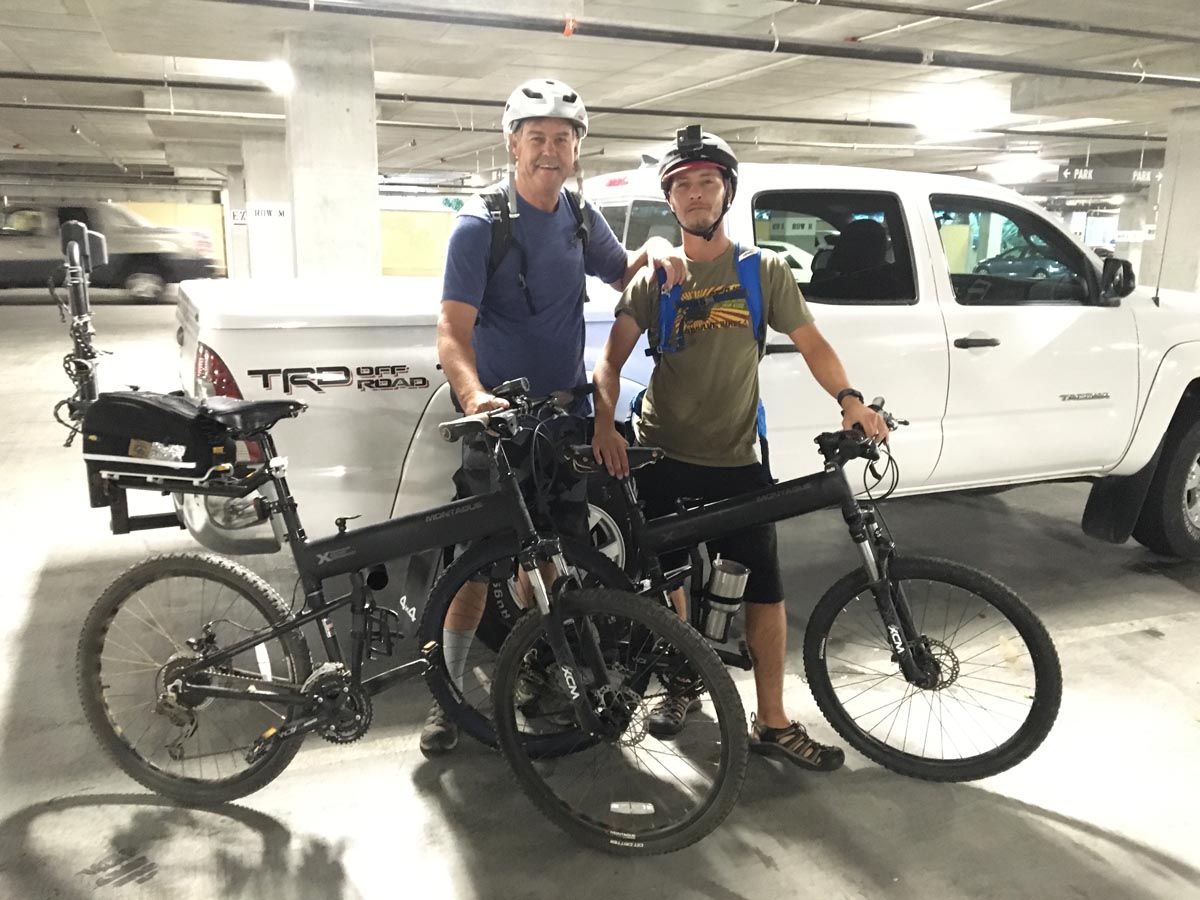 After the second day of the show is the Mobile Social, a group ride that winds through Vegas. We saw some locals heading out on the ride with their Montague Paratrooper Pros! 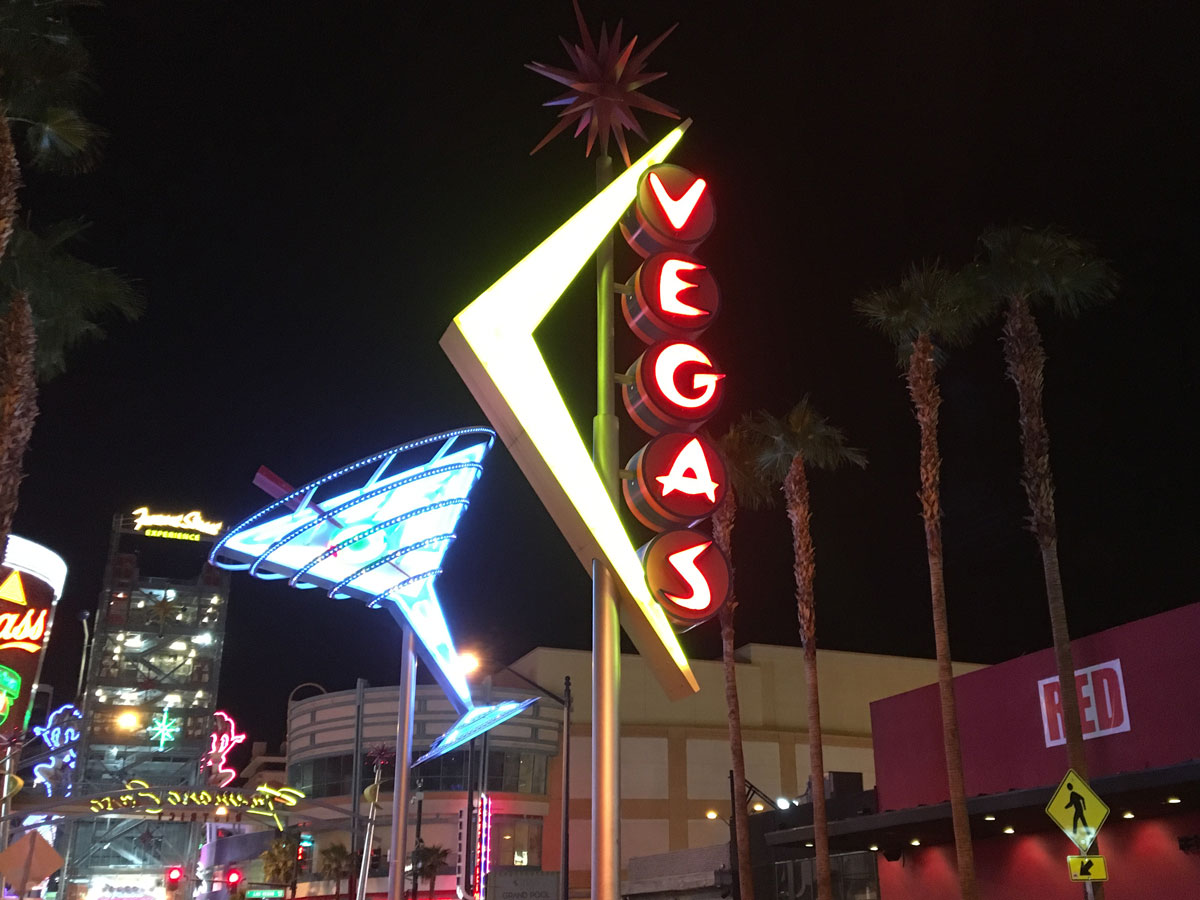 The Mobile Social also ends in old town. The big casinos on the strip are glamorous but this is where the character are. Thanks to everyone who came out to Interbike 2016, and keep an eye out for the aftermarket RackStand… coming soon!