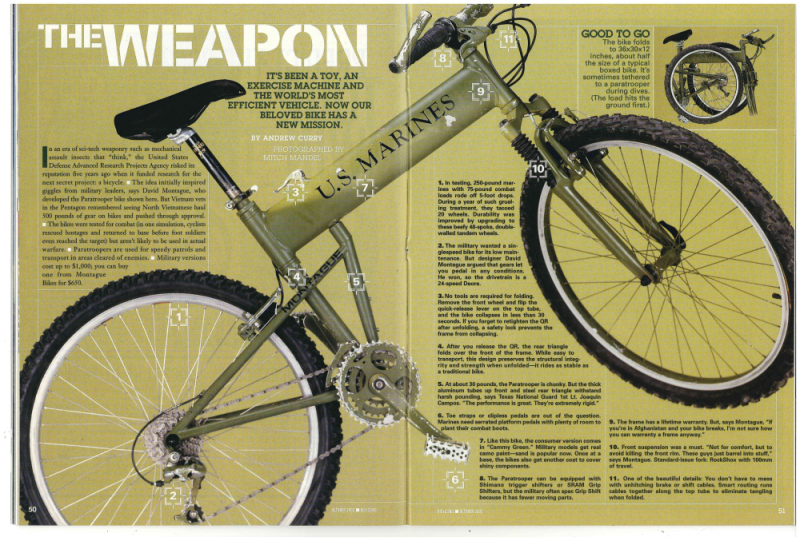 In an era of sci-tech weaponry such as mechanical assault insects that “think,” the United States Defense Advanced Research Projects Agency risked its reputation five years ago when it funded research for the next secret project” a bicycle. The idea initially inspired giggles from military leaders, says David Montague, who developed the Paratrooper bike shown here. But Vietnamese haul 500 pounds of gear on bikes and pushed through approval.

The bikes were tested for combat (in one simulation, cyclists rescued hostages and returned to base before foot soldiers even reached the target) but aren’t likely to be used in actual warfare. Paratroopers are used for speedy patrols and transport in areas cleared of enemies. Military versions cost up to $1000; you can buy from Montague bikes for $650.

The bike folds to 36x30x12 inches, about half the size of a typical boxed bike. It’s sometimes tethered to a paratrooper during dives (The load hits the ground first.)