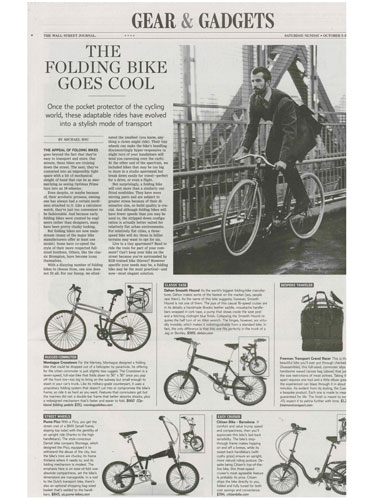 For the Marines, Montague designed a folding bike that could be dropped out of a helicopter by parachute. Its offering for the urban commuter is just slightly less rugged. The Crosstown is a seven-speed, full-size bike that folds down to 36″ x 36″ once you pop off the front tire—too big to bring on the subway but small enough to stash in your car’s trunk. Like its military-grade counterpart, it uses a proprietary folding system that doesn’t cut into or compromise the bike’s frame, so ride it as hard as you want. Features that commuters get but the marines did not: a double-bar frame that better absorbs shocks, plus a redesigned mechanism that’s faster and easier to fold.