Boston, MA – Friday, June 17, 2016- Today, at an event at the Department of Conservation and Recreation’s (DCR) Christian Herter Park, Energy and Environmental Affairs (EEA) Secretary Matthew Beaton joined Massachusetts Department of Transportation (MassDOT) Secretary and CEO Stephanie Pollack, DCR Commissioner Leo Roy, and Park&Pedal and Montague Bikes founder David Montague to unveil an expansion of the Park&Pedal program, the first in the nation multimodal commuting network that was launched last summer. The expansion for 2016 includes 15 new locations within the Greater Boston Region for a grand total of 19 locations that will provide commuters with additional biking options.

“The Park&Pedal Commuter Network serves as an excellent example of state government working with private partners to meet the needs of the public,” said Governor Charlie Baker. “By expanding this unique multimodal system, commuters will benefit greatly by not only alleviating traffic congestion, but will also encourage healthy active lifestyles.”

Park&Pedal is a free program designed to encourage bike commuting by providing a network of parking hubs conveniently located within cycling distance from centers of employment. Vehicle owners are allowed to park their cars for free at designated parking lots, and then ride their bikes the remaining distance to work and other destinations.

“Every day the Greater Boston region experiences an influx of commuters on local roadways,” said Lieutenant Governor Karyn Polito. “The Park&Pedal Commuter Network is an innovative idea that has already provided fantastic results over the course of a year, and I am excited for the program’s expansion, which will directly benefit the public and environment for years to come.”

Launched in July of 2015 at four locations, the expansion of the Park&Pedal Commuter Network will extend further into suburban Boston communities and offer more commuter options. Six new locations sponsored by the Department of Conservation and Recreation include Hammond Pond Reservation in Chestnut Hill, the Chestnut Hill Reservoir in Brighton, the Blue Hills Ski Overflow parking lot in Canton, Middlesex Fells Reservation’s Greenwood Park in Stoneham, George Dilboy Memorial Stadium in Somerville, and Cronin Rink in Revere. A map of all Park&Pedal locations can be found under the “Locations” section of the program’s website.

“As the demands on our state’s roadways continue to grow, it is becoming increasingly important that state government incorporates exceptional solutions to address traffic congestion,” said Energy and Environmental Affairs Secretary Matthew Beaton. “By removing vehicles from roadways, not only do travelers benefit with a more timely commute into the city, but importantly, we are also able to reduce harmful carbon emissions.”

Data collected from just three Park&Pedal locations over its first year estimated that the program was able to reduce carbon dioxide emissions in the Boston area by more than 50,000 lbs. The additional locations will substantially increase these environmental benefits. Additionally, the Park&Pedal Commuter Network benefits the Commonwealth in a number of ways, including:

“Park&Pedal lots are an example of how we can use existing assets in new ways in order to offer travelers additional safe and convenient options,” said Massachusetts Department of Transportation Secretary and CEO Stephanie Pollack. “I’ve used a Park&Pedal lot, and having free parking within a few miles of work makes it much easier to incorporate a little exercise into my daily routine while doing my part to alleviate traffic congestion and reduce greenhouse gases. The Baker-Polito Administration continues to look at ways to leverage the Commonwealth’s assets in order to improve the quality of life for all residents.”

“The Department of Conservation and Recreation is proud to assist in developing innovative programs, like Park&Pedal, that will have lasting effects on our future,” said Department of Conservation and Recreation Commissioner Leo Roy. “Additionally, the Park&Pedal Commuter Network incorporates outdoor, recreational opportunities for the public to directly benefit from.”

According to the US Department of Transportation, the average round-trip commute in the United States is 24 miles and increasing. While this is an unmanageable distance for most to ride every day, Park&Pedal provides a manageable and convenient way to pedal around the issue.

“In order for the Park&Pedal Program to work, two key barriers had to be removed before most people would even consider riding their bike into Boston: distance and roadway setting” said David Montague, who conceived the program after personally parking and pedaling to work for years. “The Park&Pedal parking hubs are at certain locations to provide commuters with options of various distances from the city, many of which are located near bike paths that lead directly into Boston.”

A recent study cited by USA Today ranked Boston as having the sixth worst traffic congestion in the nation costing each commuter an average of $1,388 per year and $3.4 billion for the region. To alleviate that issue, Boston area Transportation Management Associations (TMAs) are integrating Park&Pedal into their alternative commute and incentive plans, by delivering the program to the 400,000+ employees they service in the metro area.

“It’s a win-win for employers and employees: being involved in the program promises to deliver healthy commuters to their workplaces, while helping reduce Boston’s carbon footprint,” adds David Montague.

About Montague Corporation
Montague Corporation is based in Cambridge, Massachusetts USA and is dedicated to advancing cycling through the development of inventive technologies that provide its customers with an unprecedented combination of performance and convenience. Montague has been manufacturing bikes and bike components for 25 years. Visit www.montaguebikes.com or call +(617) 491-7200 for more information about Montague products and technologies. 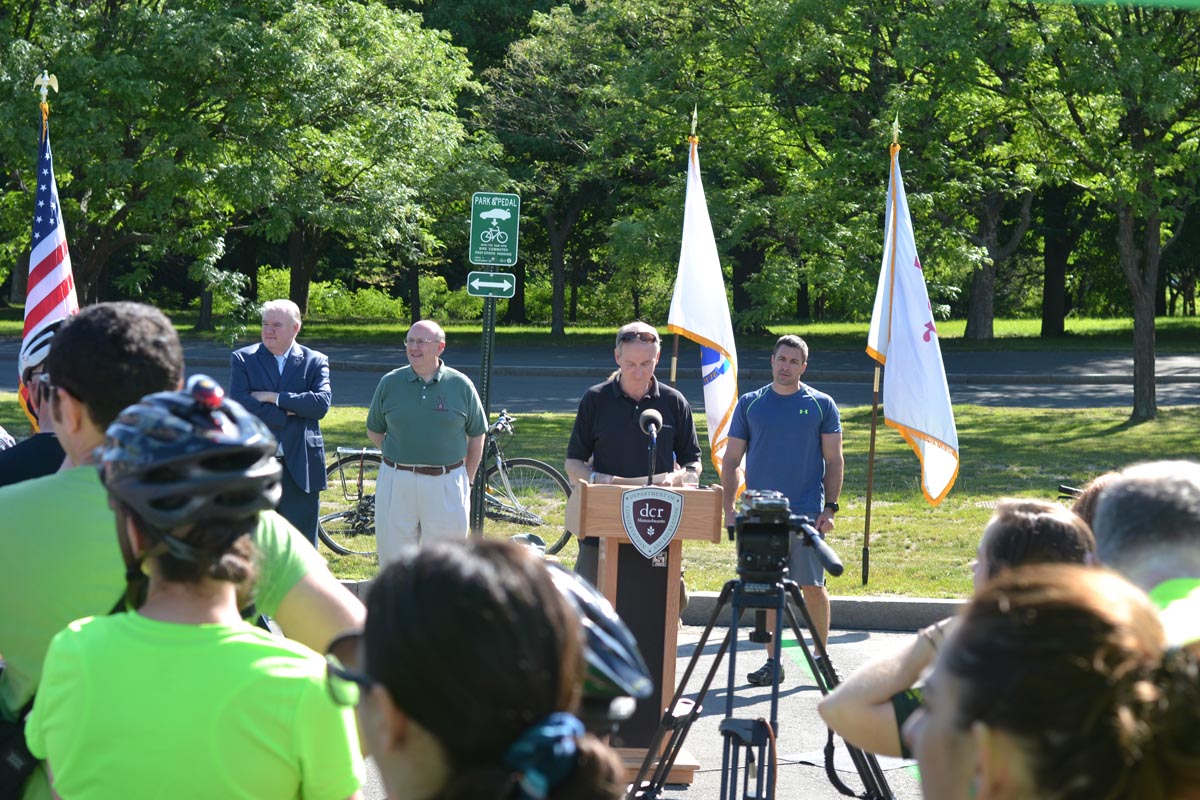