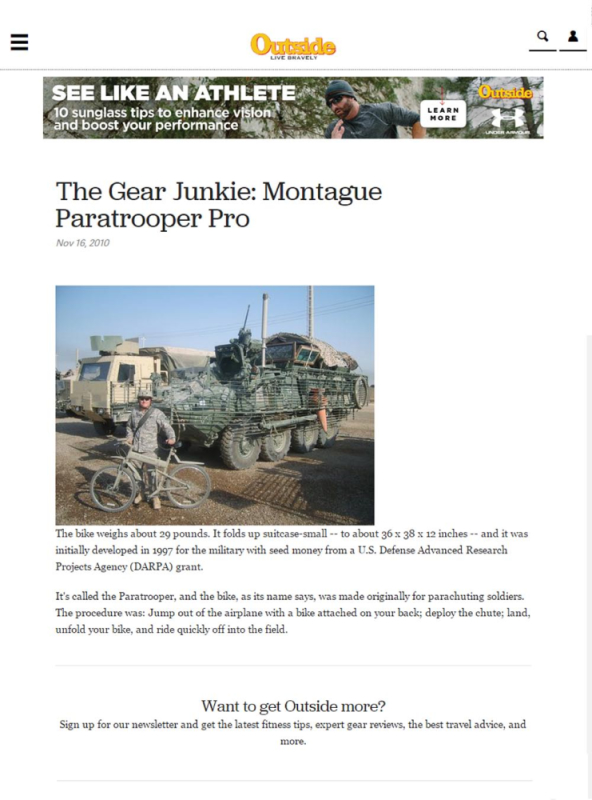 From game-changing new materials (like moisture-wicking cotton) to evolutionary leaps in engineering (like a rotating helmet for extreme crashes), the avant-garde of 21st-century gear has just one thing in common: a total disregard for the status quo.

With the flick of a quick-release lever, Montague’s elegantly engineered single-speed Boston bike folds for easy stowing. And with the flip-flop hub, you can roll fixed-gear or freewheel.

The bike weighs about 29 pounds. It folds up suitcase-small — to about 36 x 38 x 12 inches — and it was initially developed in 1997 for the military with seed money from a U.S. Defense Advanced Research Projects Agency (DARPA) grant.

It’s called the Paratrooper, and the bike, as its name says, was made originally for parachuting soldiers. The procedure was: Jump out of the airplane with a bike attached on your back; deploy the chute; land, unfold your bike, and ride quickly off into the field.