Touring the Spanish Pyrenees on a Montague

Michael Eloy is a bicycle tour guide in France. Most days you’ll find him guiding cyclists through the most scenic rides of Provence, but he occasionally takes time off to explore new routes on his Montague folding bike. He recently returned from a solo bike tour through the Spanish Pyrenees and into the Bardenas desert on his customized Paratrooper Pro. 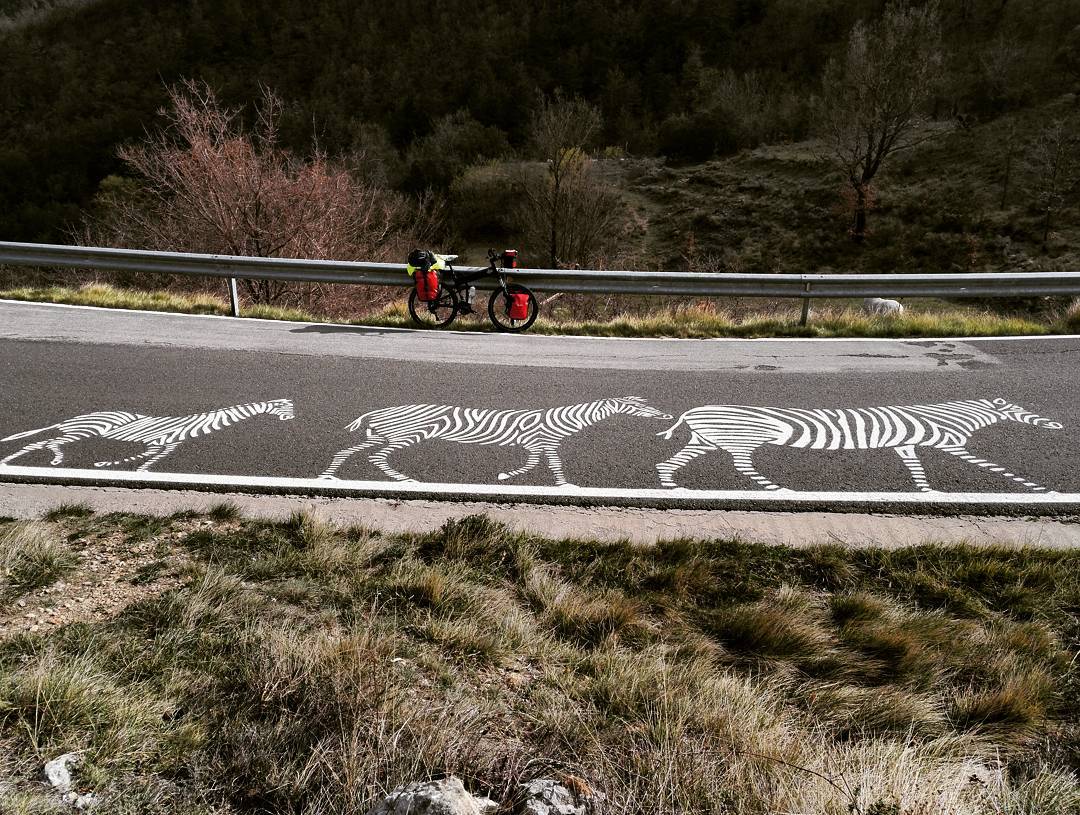 “Zebra crossing” in the Spanish Pyrenees near col de Boixols. 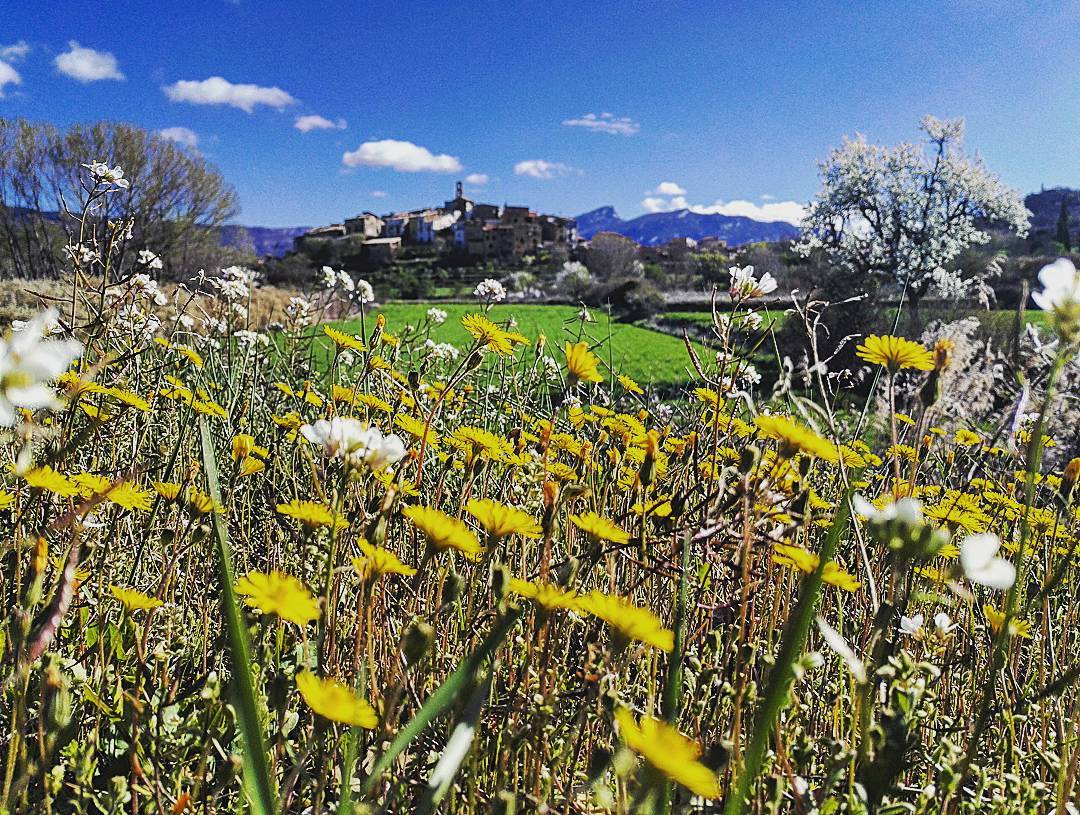 Michael was riding through Catalonia just as the flowers of spring were blossoming. 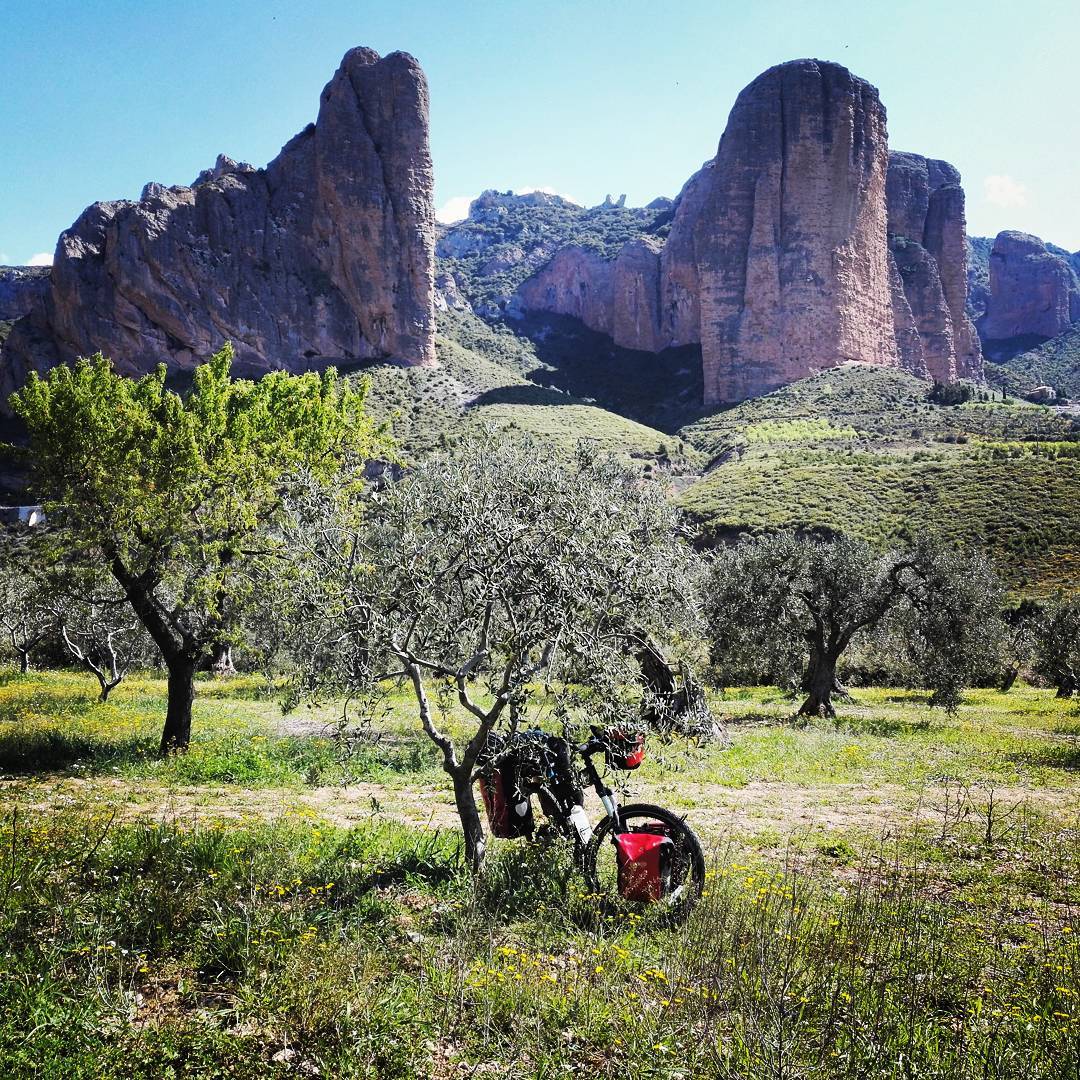 Michael’s Paratrooper Pro resting in front of Mallos de Riglos, a set ofrock formations in Hoya de Huesca comarca, Aragon, Spain. They are located some 45 km (28 mi) to the northwest of the city of Huesca. Rising to about 300 meters (980 ft) high, they form part of the foothills of the Pyrenees. 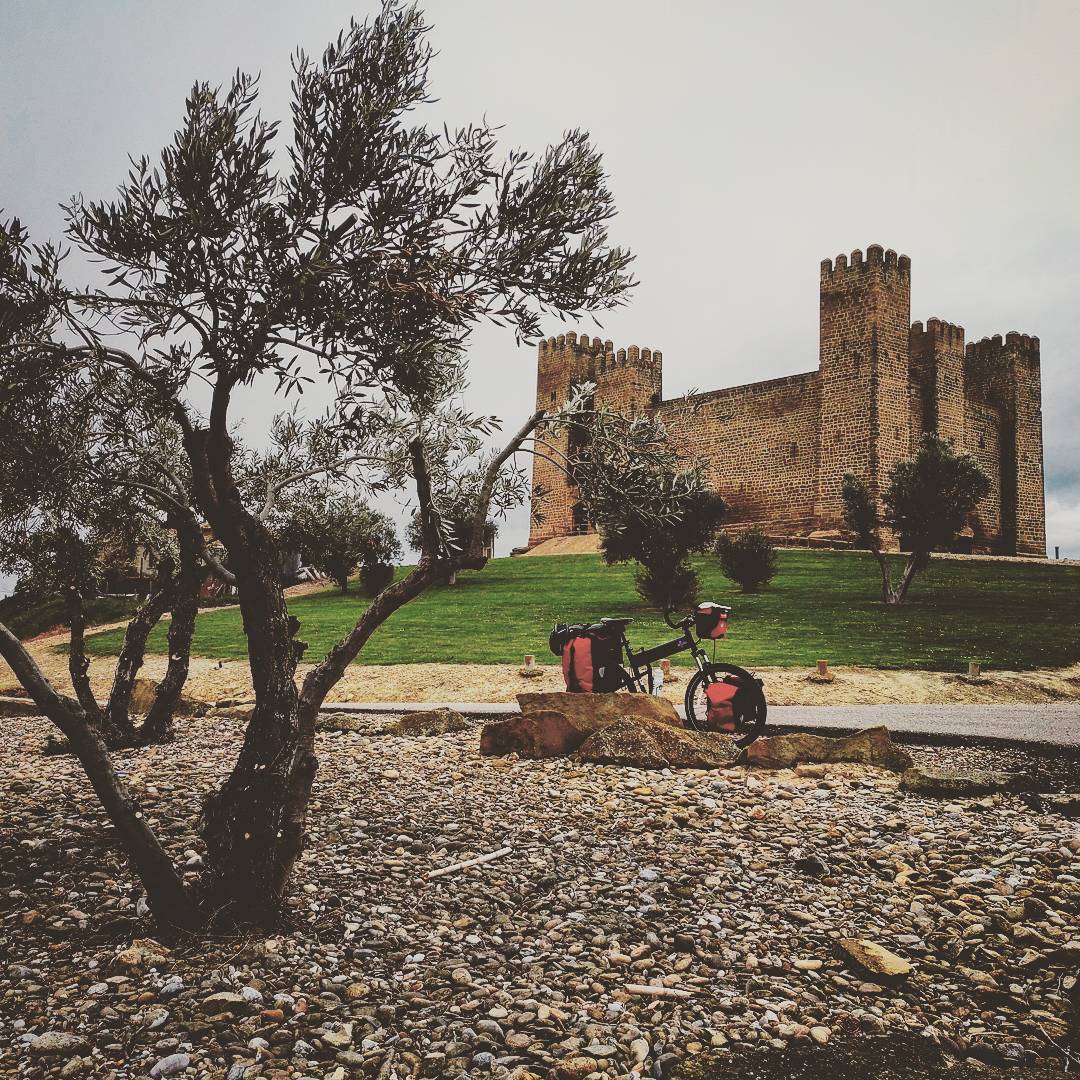 Sádaba Castle in Sádaba, Aragon, eastern Spain. The architectural structure suggests it was built in the first half of the 13th century. 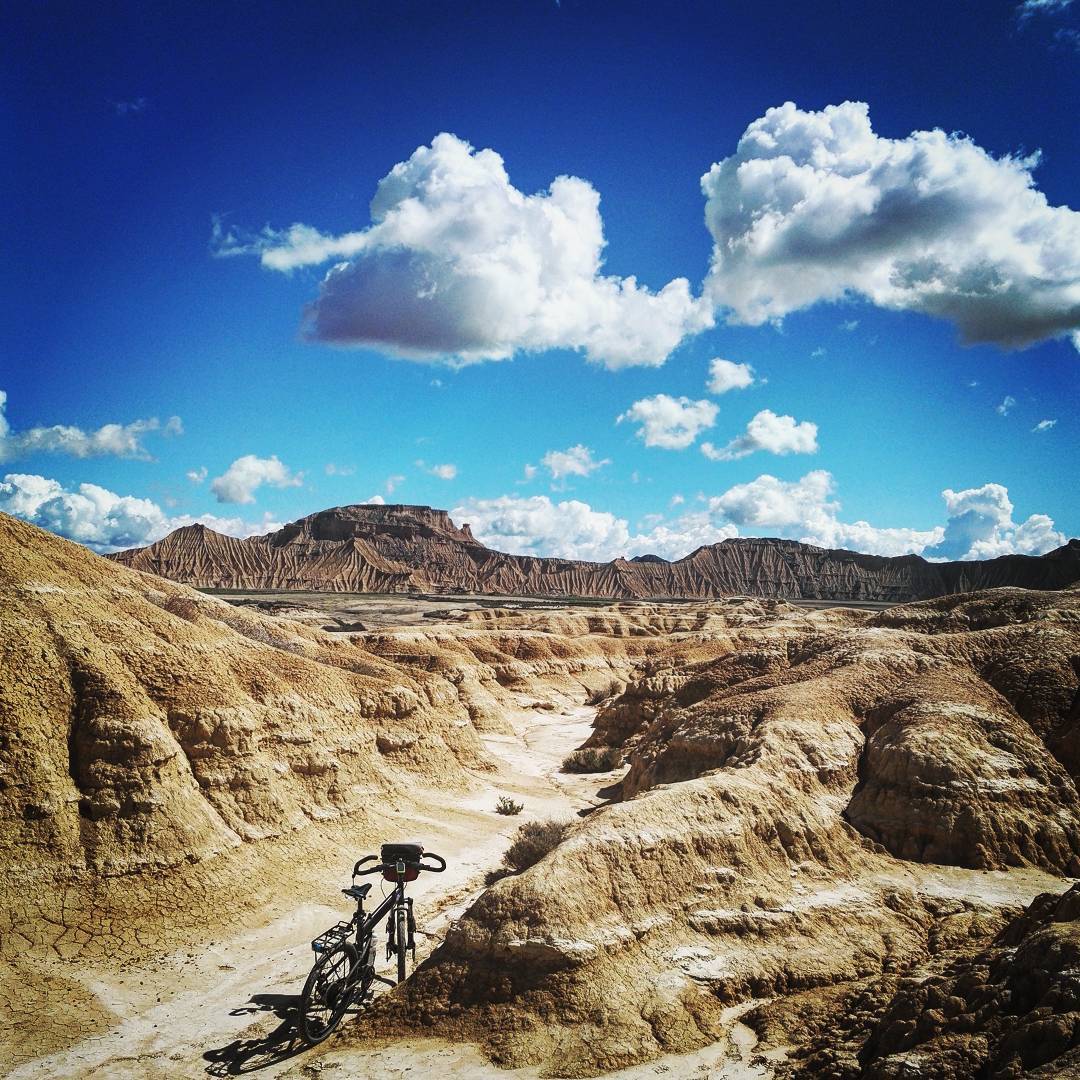 Michael took his Paratrooper Pro through the Bardenas Reales region of Spain. The semi-desert region or “badlands” is home to impressive sandstone structures formed through thousands of years of erosion. 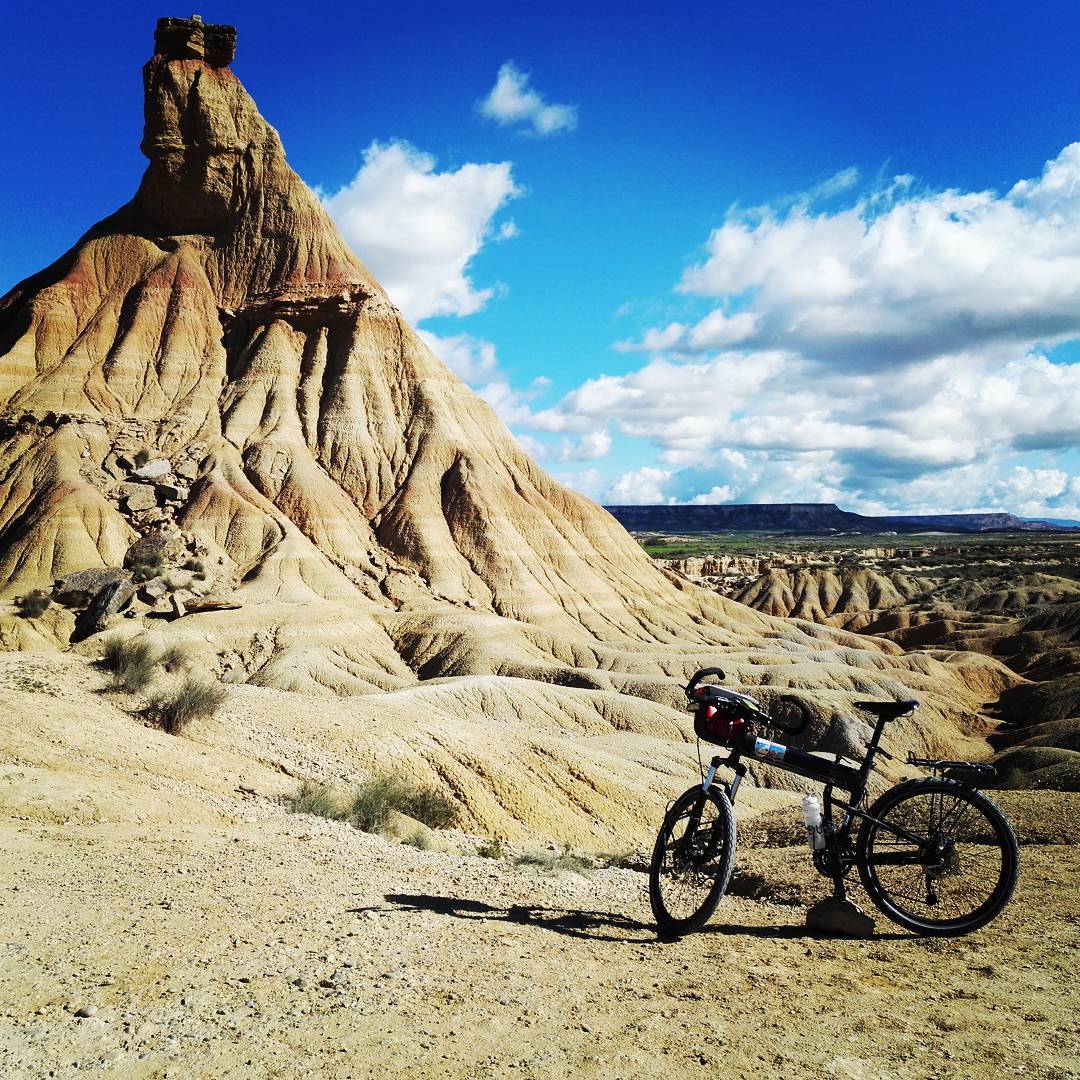 The freestanding stone towers are referred to as “cabezos”. Pictured here is the infamous “Cabezo Castildetierra”. 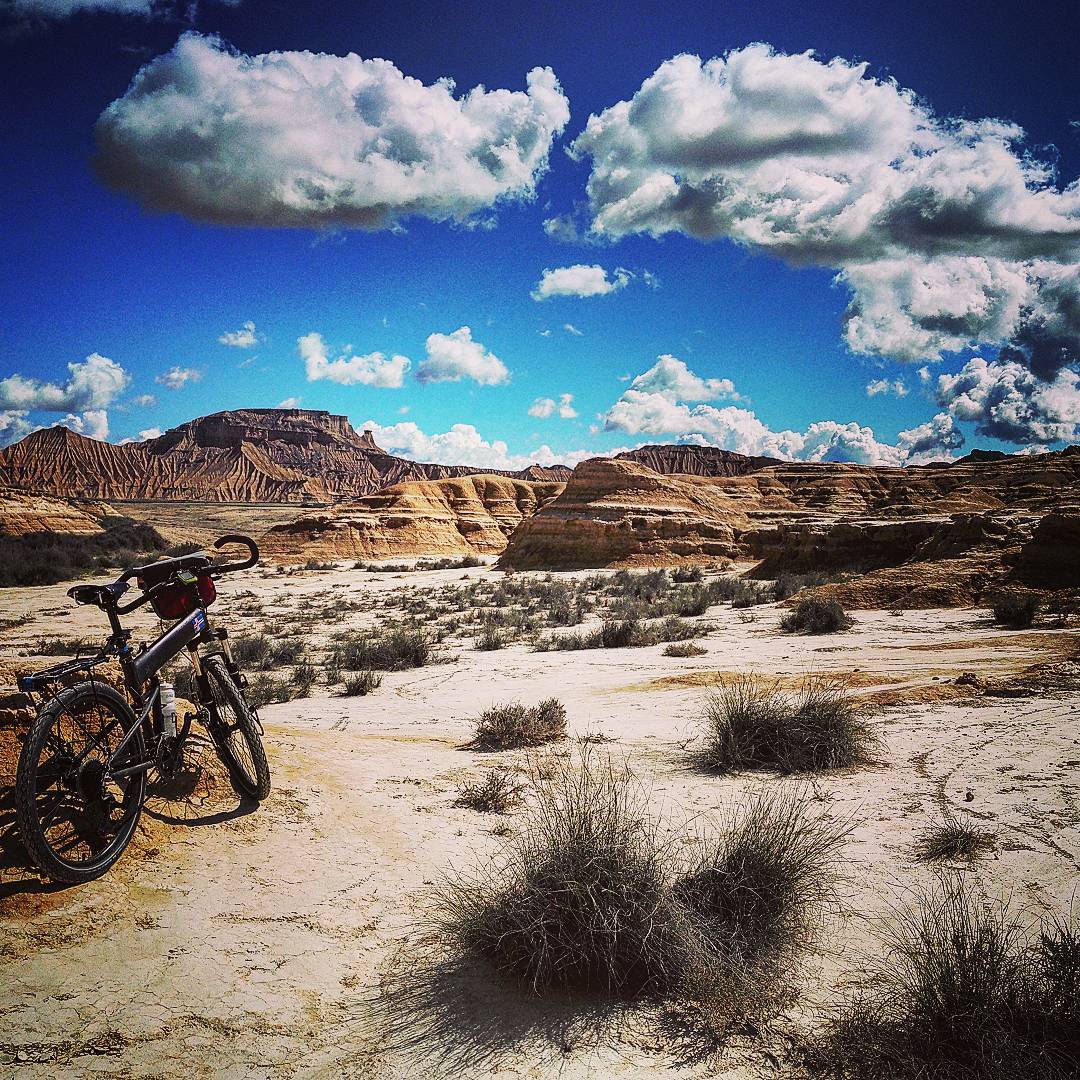 The Paratrooper Pro was at home in the harsh conditions and rough terrain of the Bardenas. 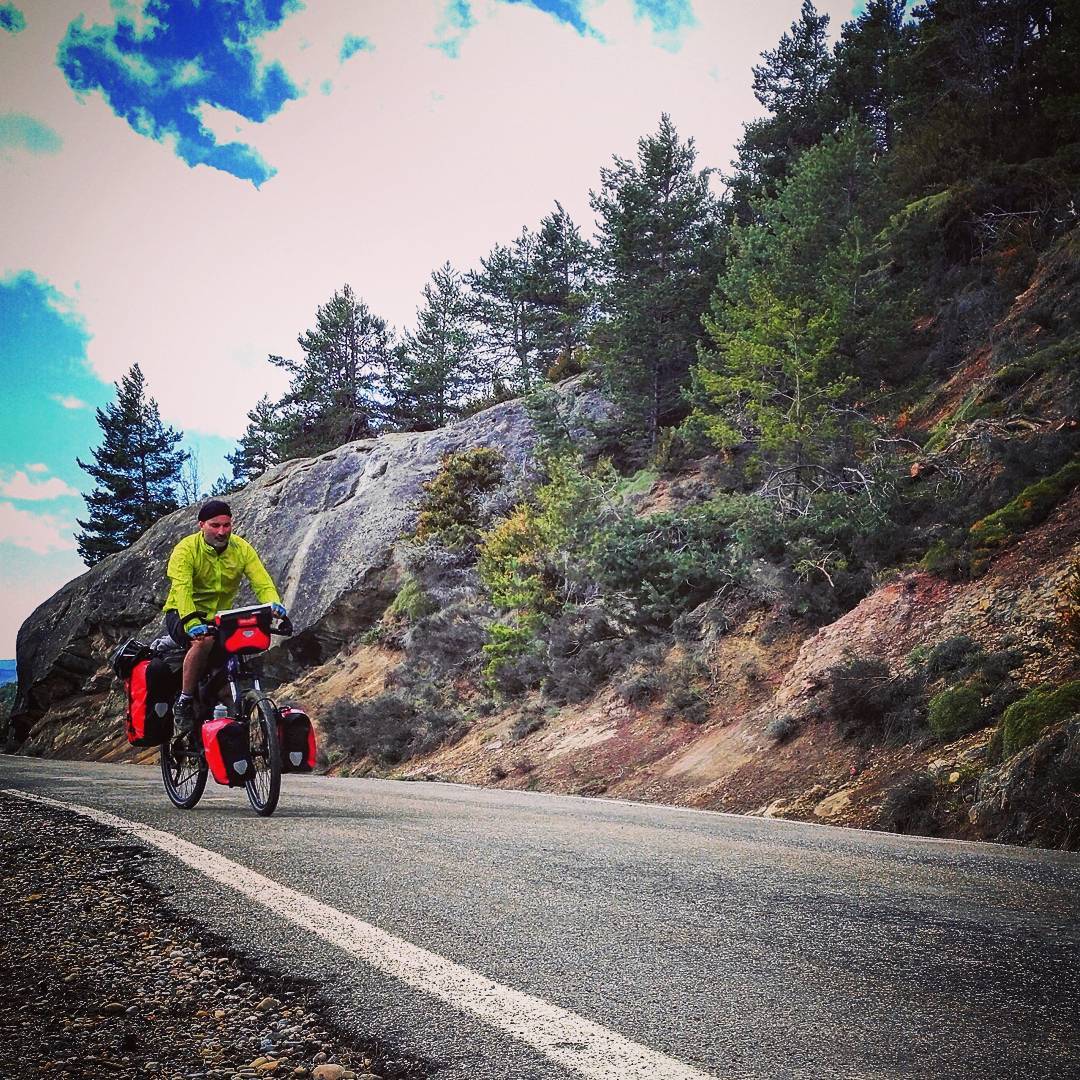 Michael and his fully loaded Paratrooper Pro folding bike on the final leg of his 2 week trip through the Spanish Pyrenees. See more of his photos on Instagram: @michael_a_velo, including pics from his tour of Iceland (shown below).