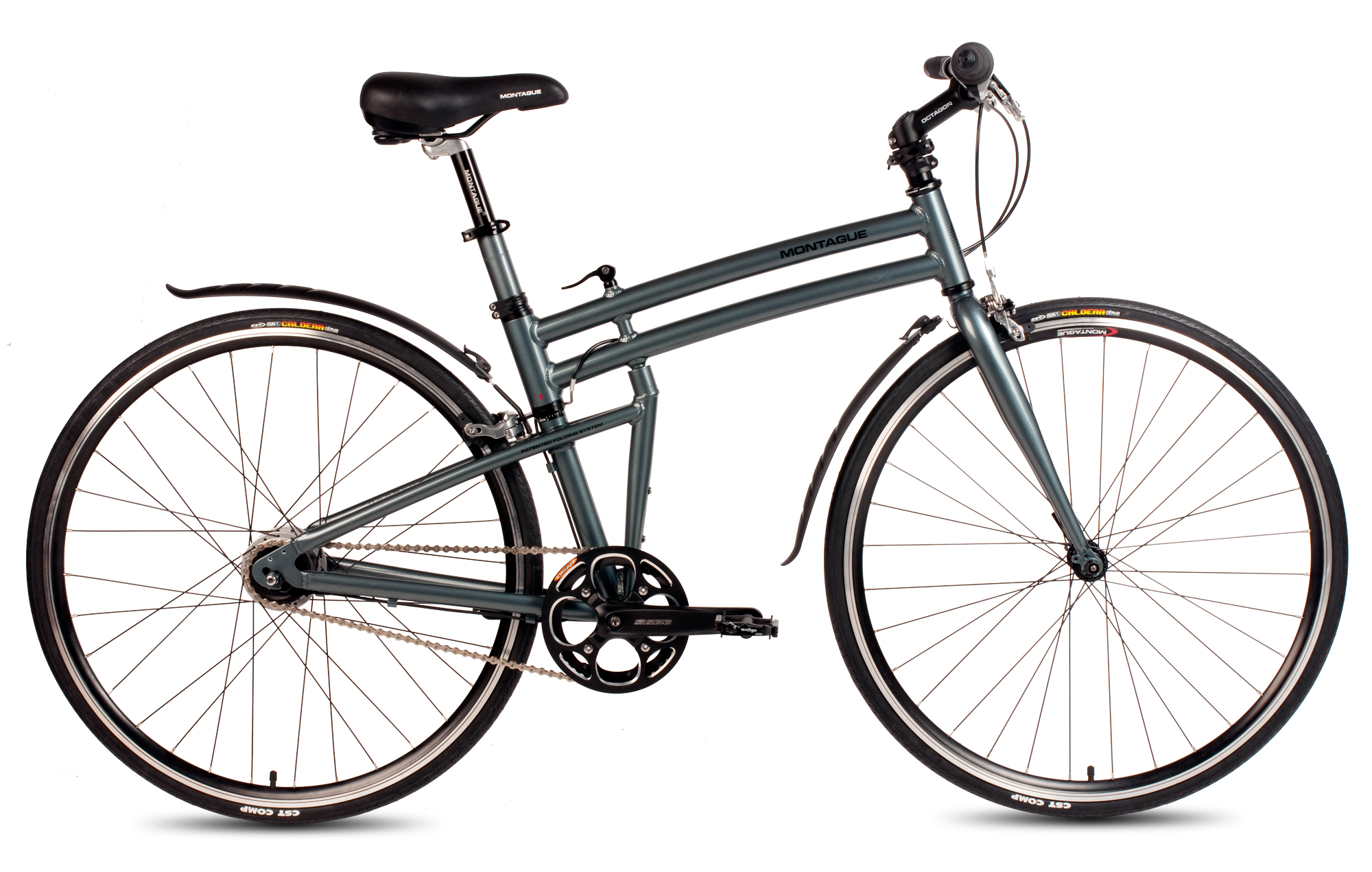 The BOSTON 8 combines sleek design with the convenience of an 8-speed internal hub. Just like its single speed counterpart, it is perfect for urban riding and can easily be stowed until your next ride.

• City Hills. • Rides to the cafe. • Smooth and simple shifting. • Getting to work in style.

The BOSTON 8 offers the versatility of an 8 speed to handle the urban terrain and the clean look of a single speed with the Nexus internal hub. Commute with comfortable and style and enjoy the convenience this folding bike offers. The CLIX quick release and the patented folding system convert the bike from full-size to trunk-size in less than 20 seconds. 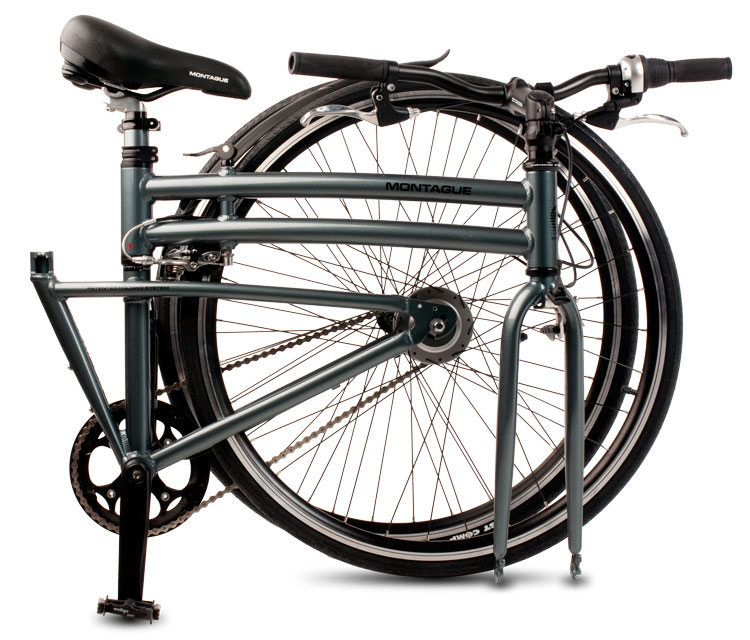 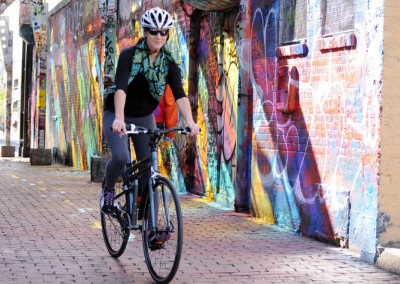 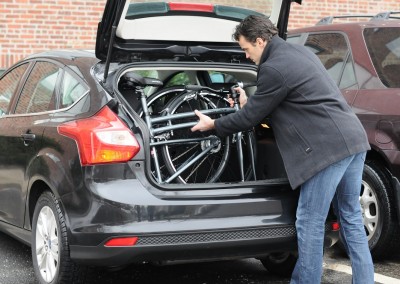 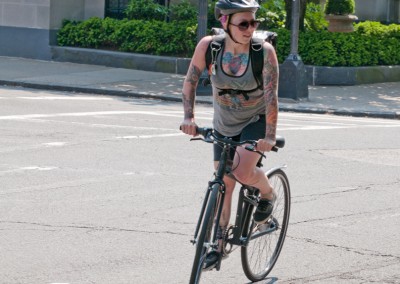 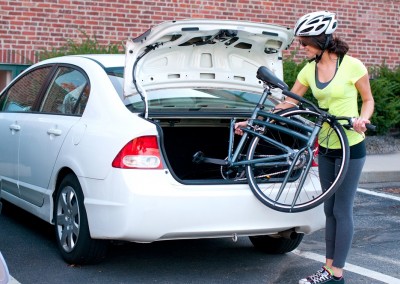 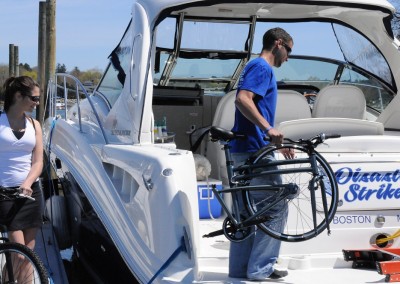 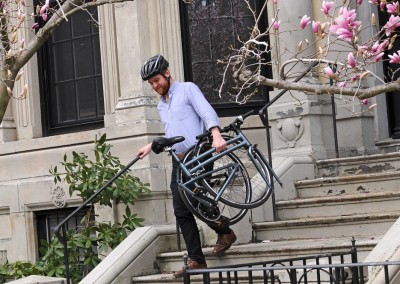 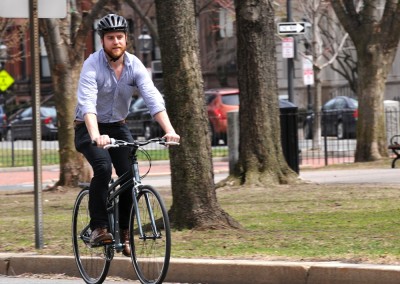 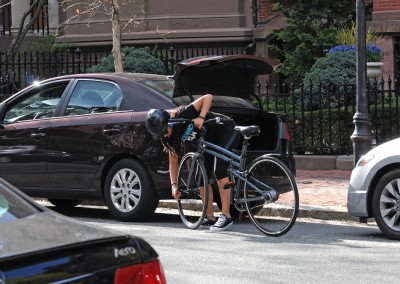 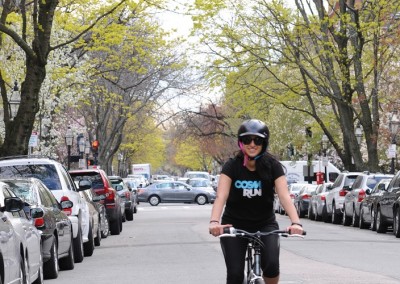 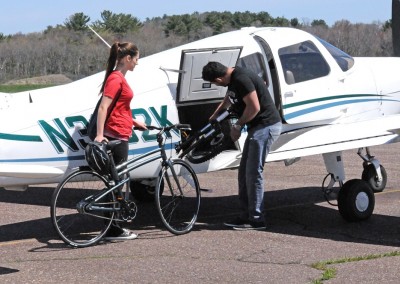 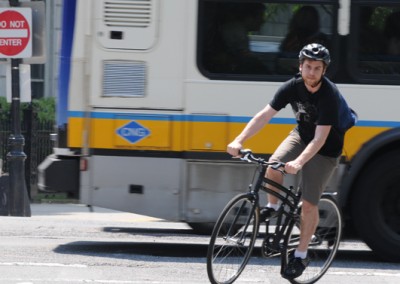 “I received my Montague Boston 8 in the mail three weeks ago, and I’ve been riding it religiously ever since. Unboxing it took a while. It’s well packed in two nested boxes with plenty of padding. It’s shipped folded and fully assembled. Once I removed all the cardboard and packing material, I just attached the front wheel and hit the road. First impressions: It’s a gorgeous bike. The internal hub fits well with the clean lines of the bike’s style. Talking the bike out for its maiden voyage, I was surprised to find no flex at all in the ride, despite the folding mechanism. My old Dahon Matrix 2007 had a bit of flex. This bike has none. The bike really shines on city streets, and getting around Union City and Palo Alto was a blast. Conclusion: This bike is a solid (dare I say perfect?) commuter bike. It’s folds when you need it to, but otherwise it’s a full-size bike. It’s a solid upgrade from my Dahon Matrix 2007, and the 8 speed Shimano Nexus shifter covers more than enough gear range to get me over San Francisco’s hills.” 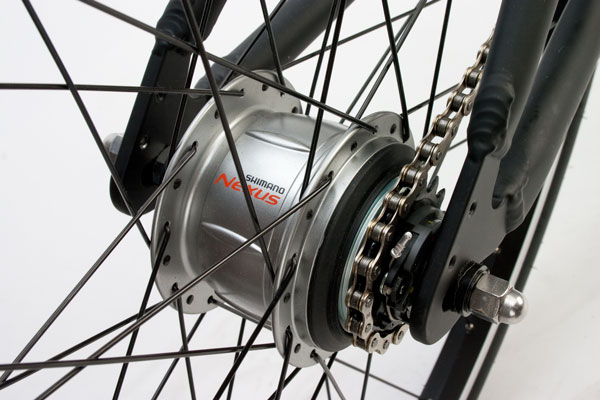 The BOSTON 8 is powered by a Shimano Nexus 8-speed internal gear hub. This maintains the clean lines of the Boston, provides perfect gearing for city hills, and keeps the salt and sand out of your gears so you can just enjoy the ride on your folding bike.

Clever integration of the patented CLIX System allows the BOSTON 8 to be folded in under 20 seconds without the use of tools. A flip of the CLIX quick release lever on the top tube and the bike folds to a compact size. 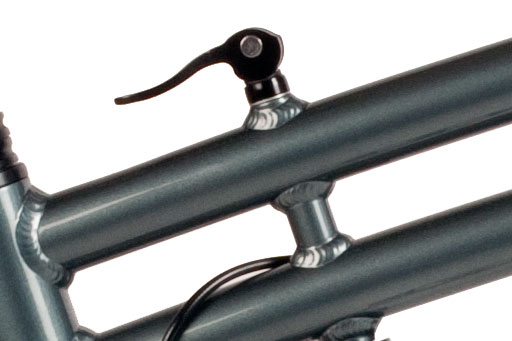 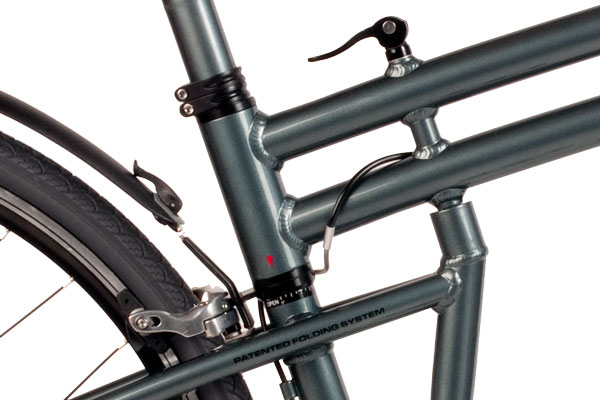 The BOSTON 8 frame is designed around a patented folding system. This folding bike design means you don’t need to break the frame in order to fold the bike. Not only does this make folding easier but it makes this bike the strongest folding bike on the market. The Folding Integrated Technology (F.I.T.) is based around frame construction concepts designed for serious full suspension downhill bikes.

Find a dealer or distributor to purchase your new Montague folding bike.